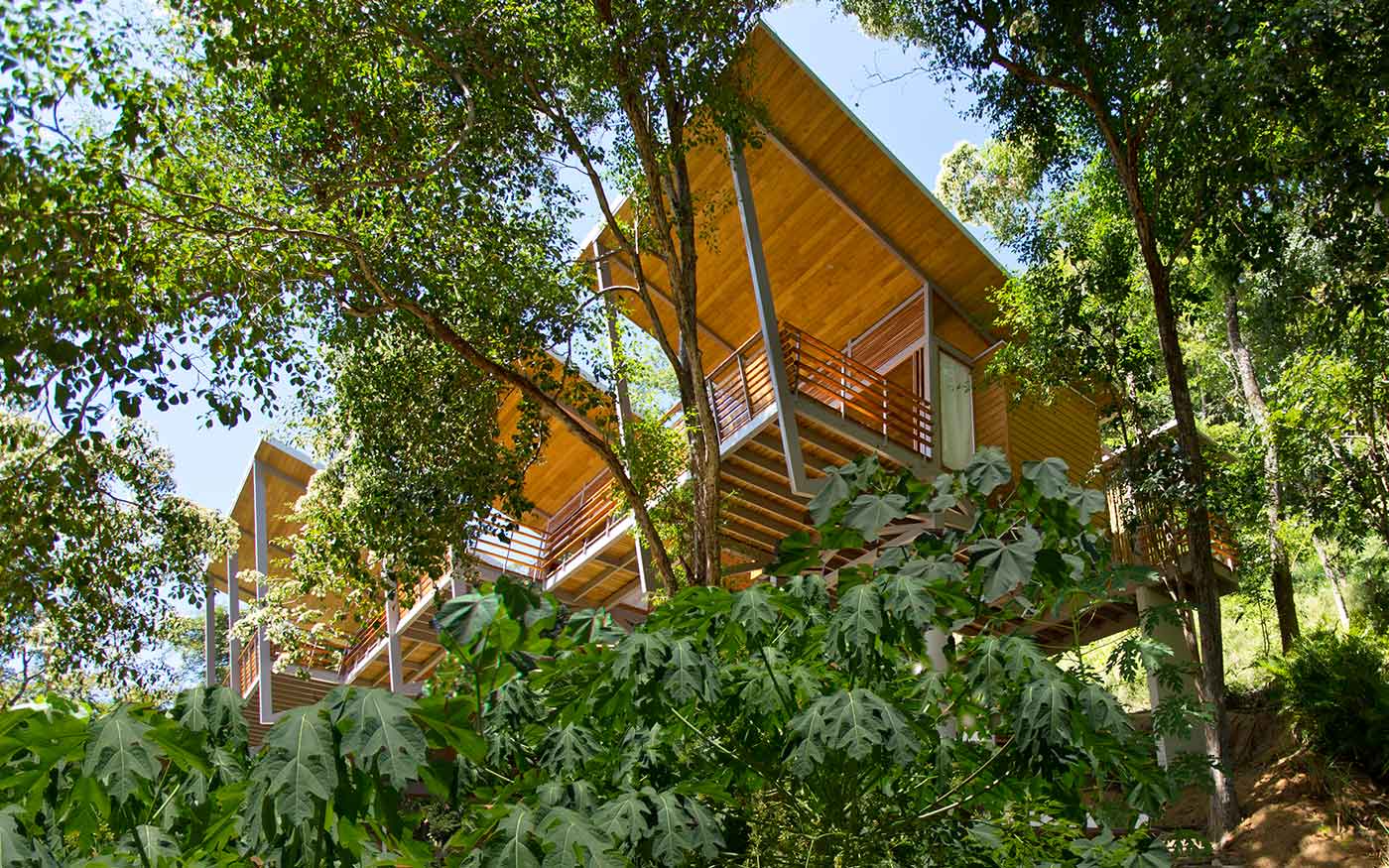 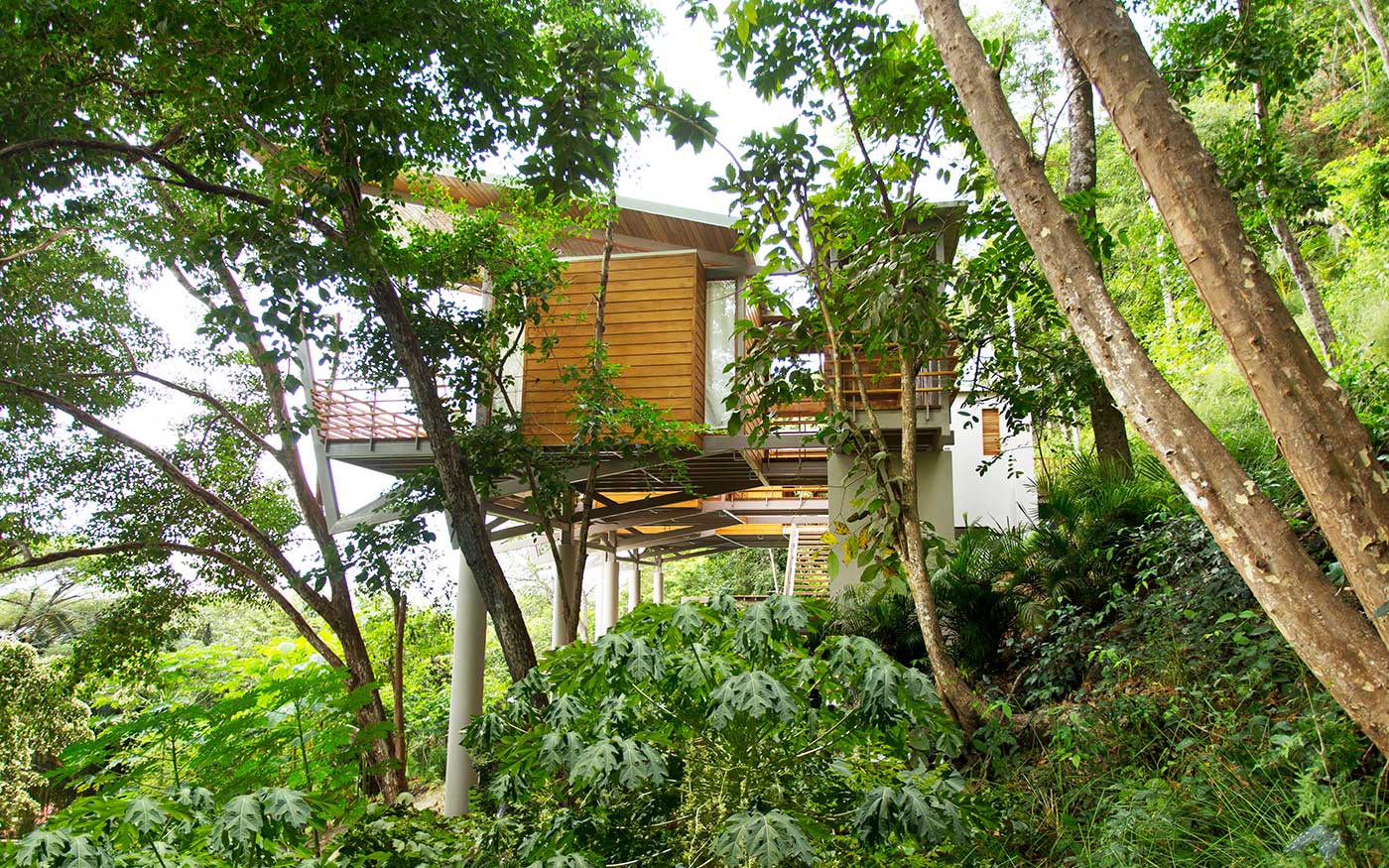 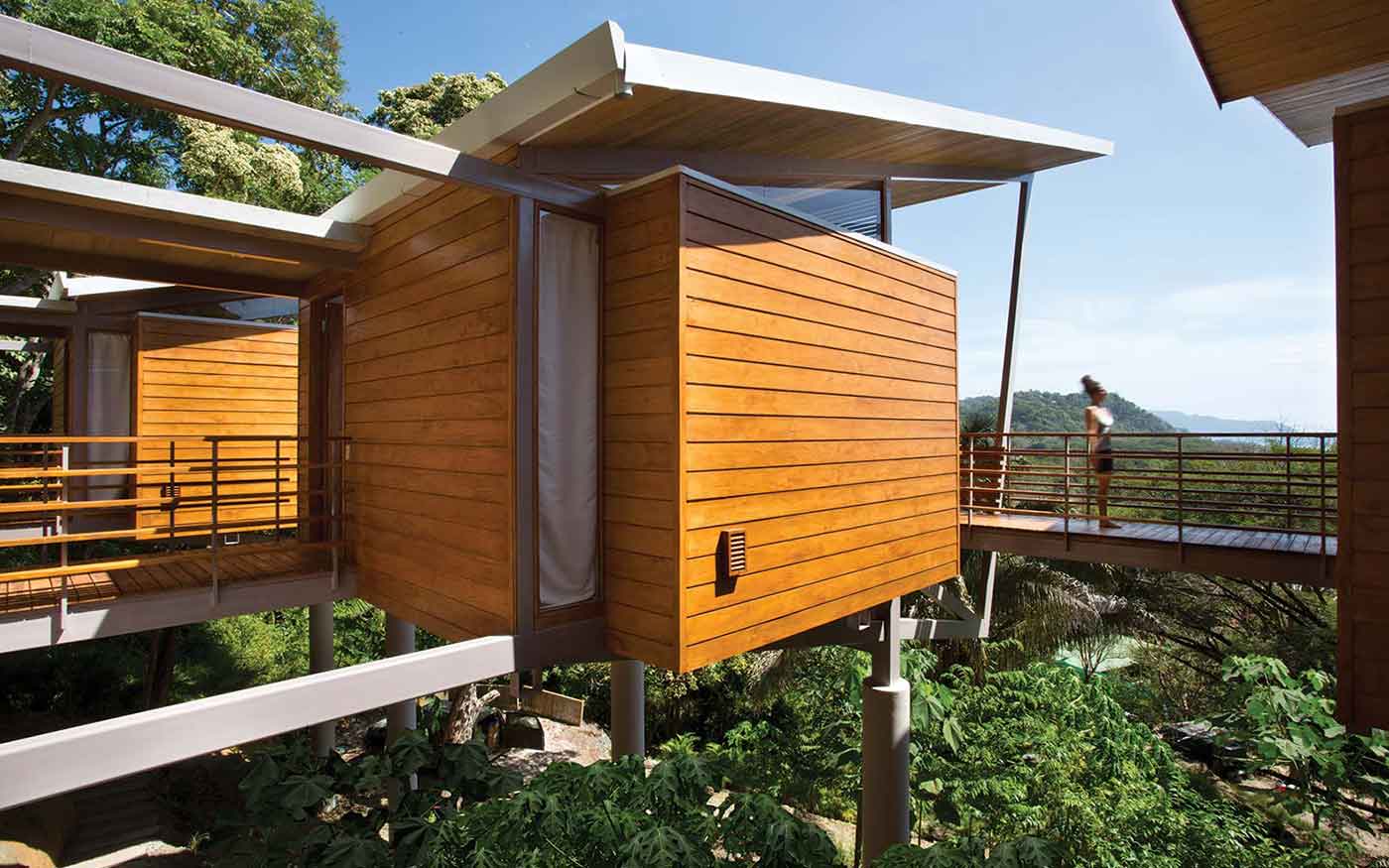 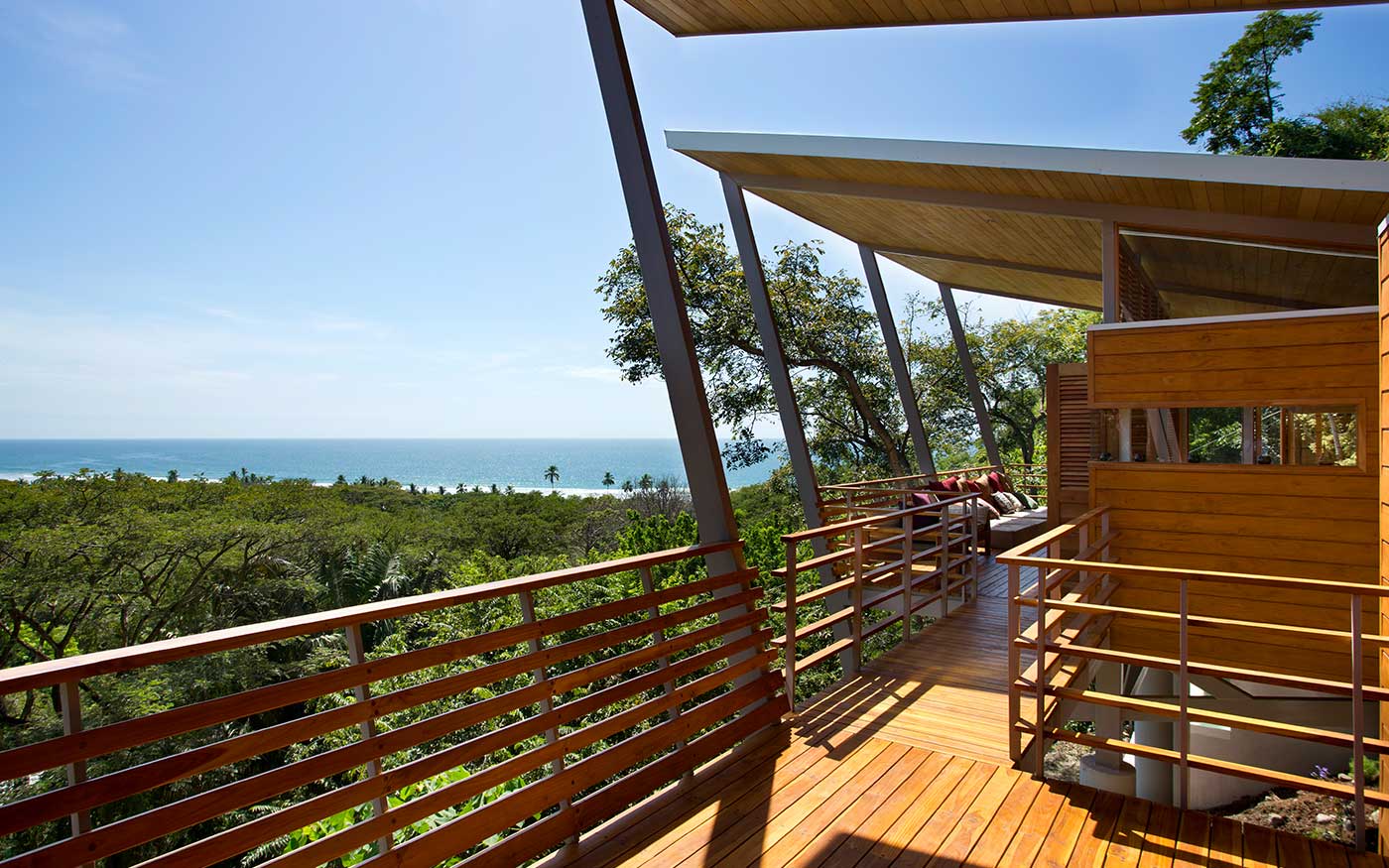 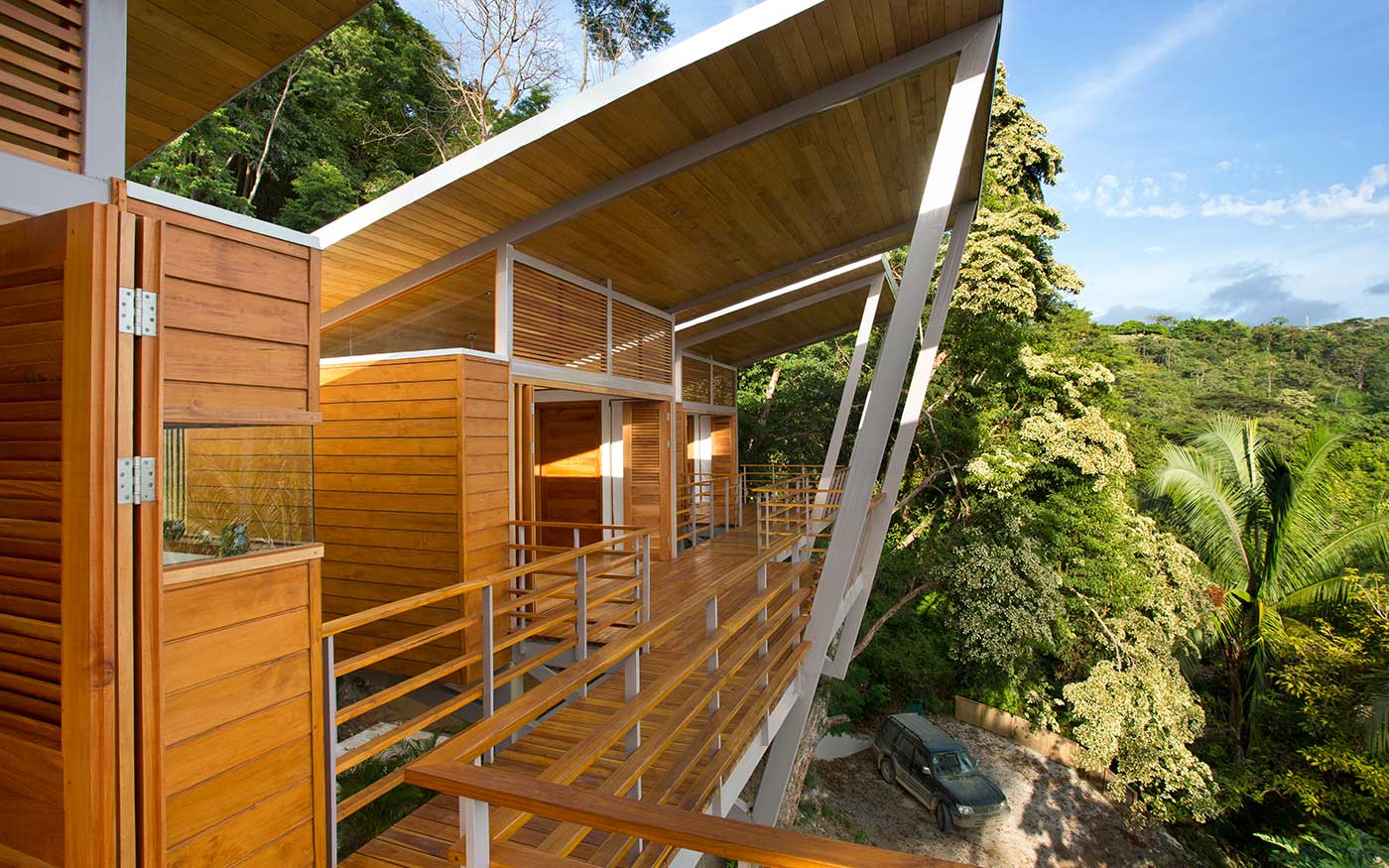 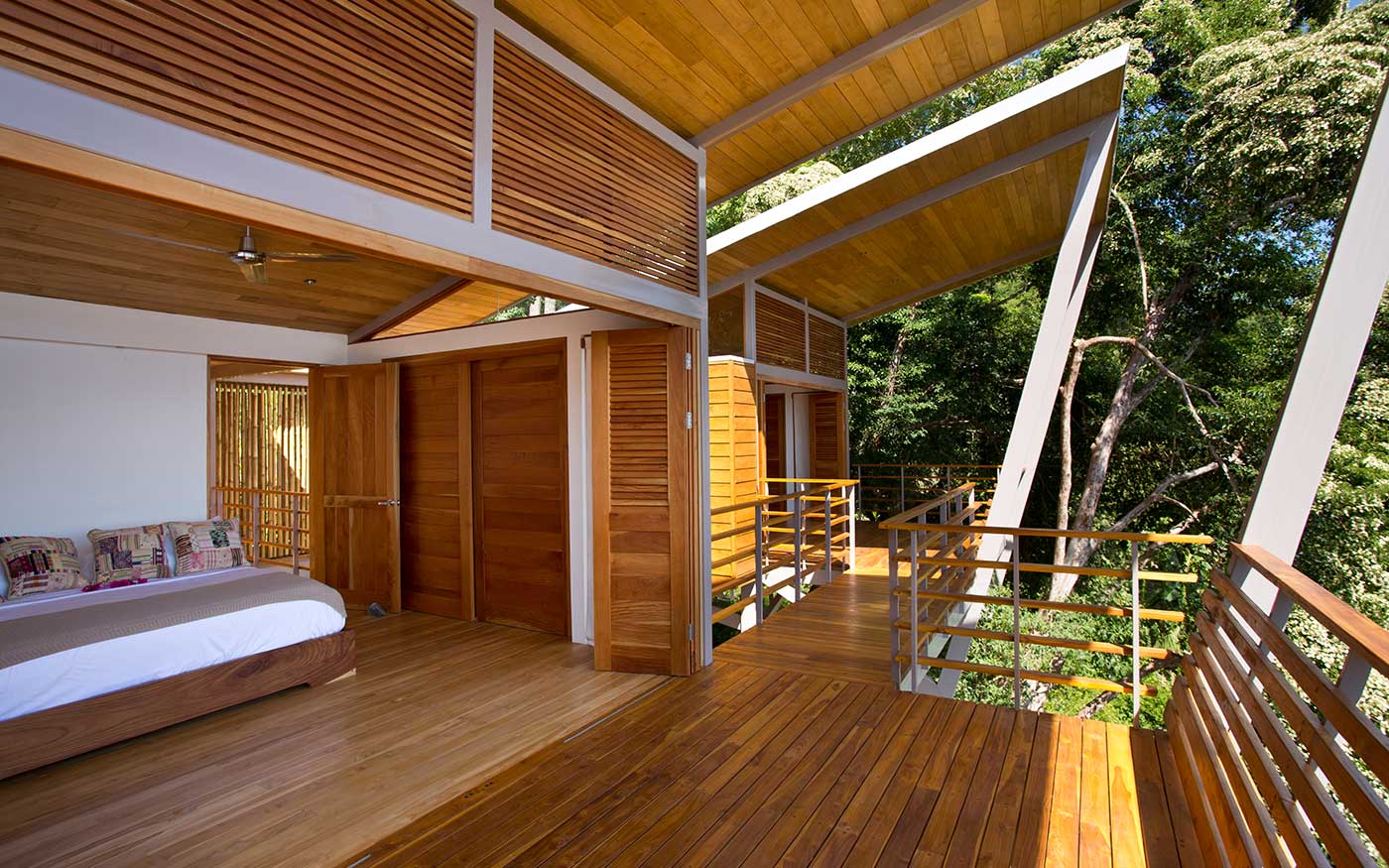 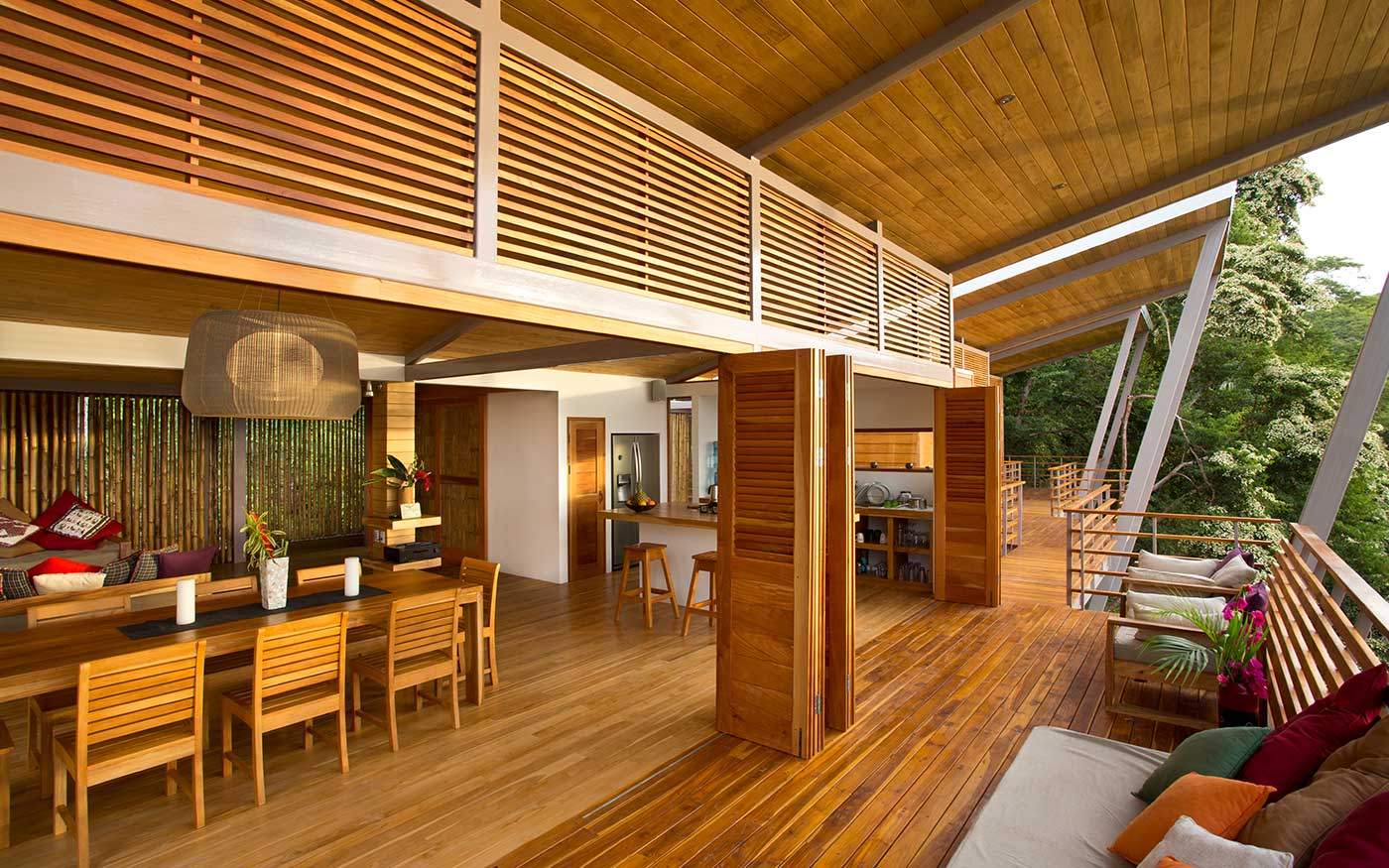 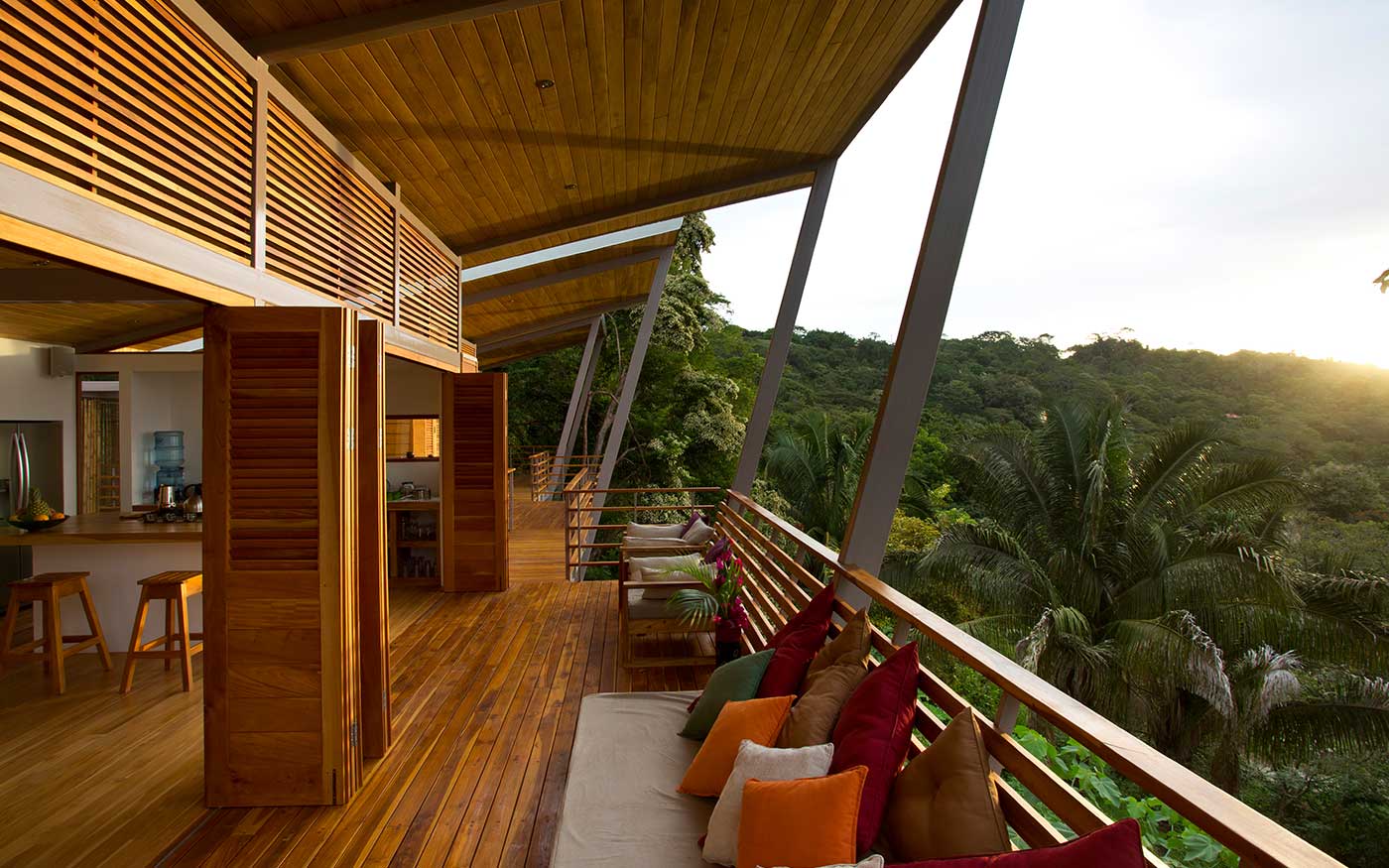 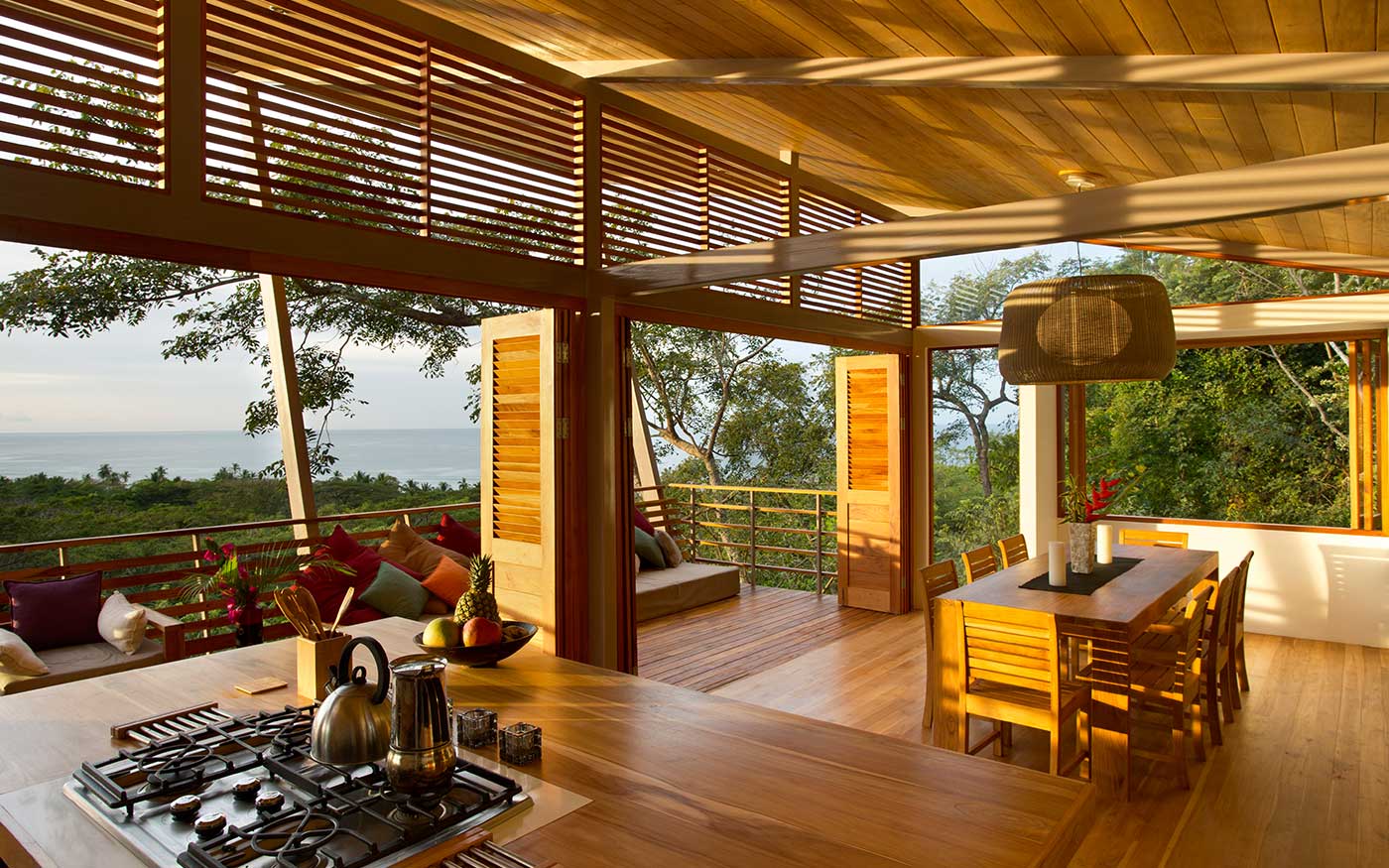 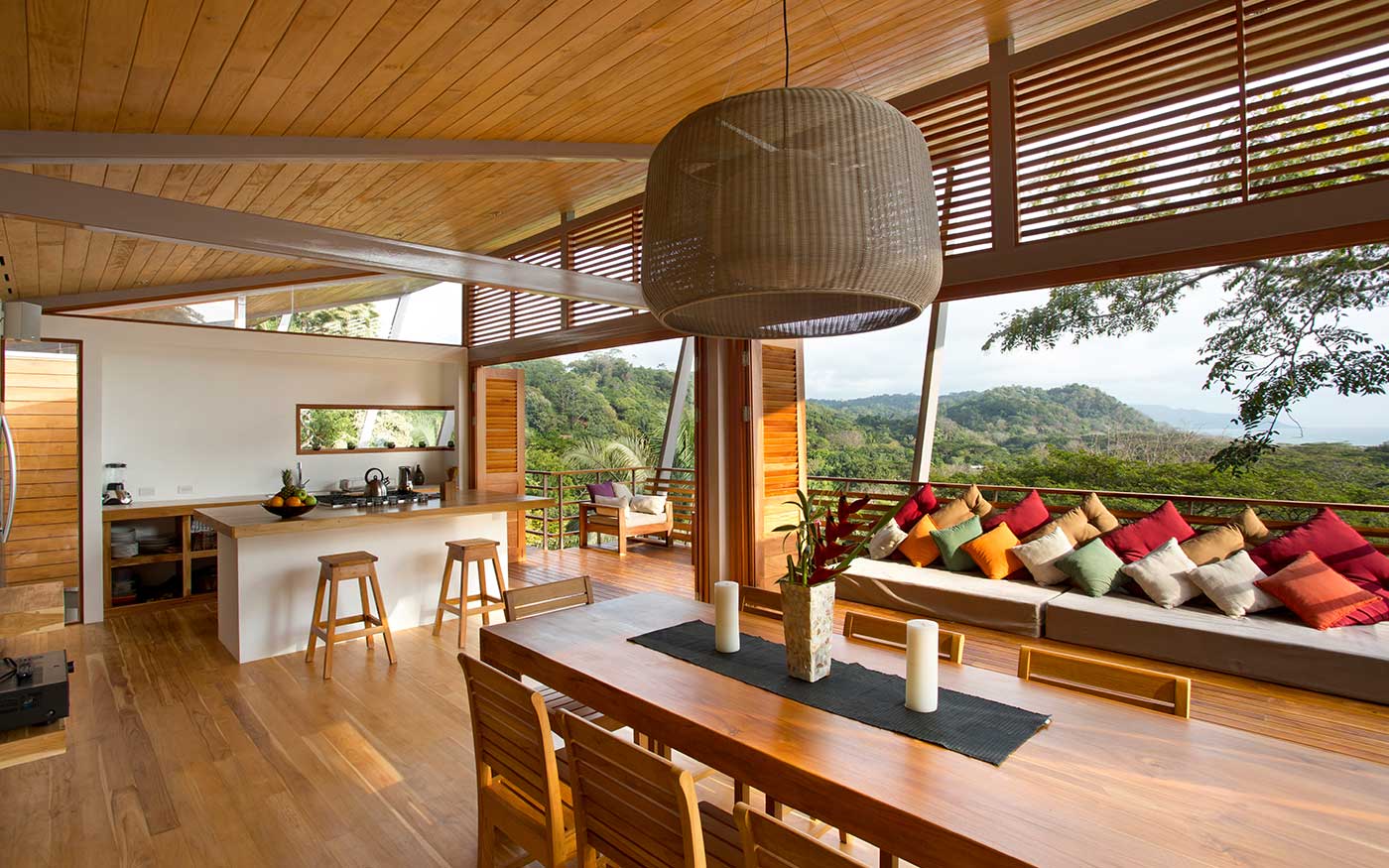 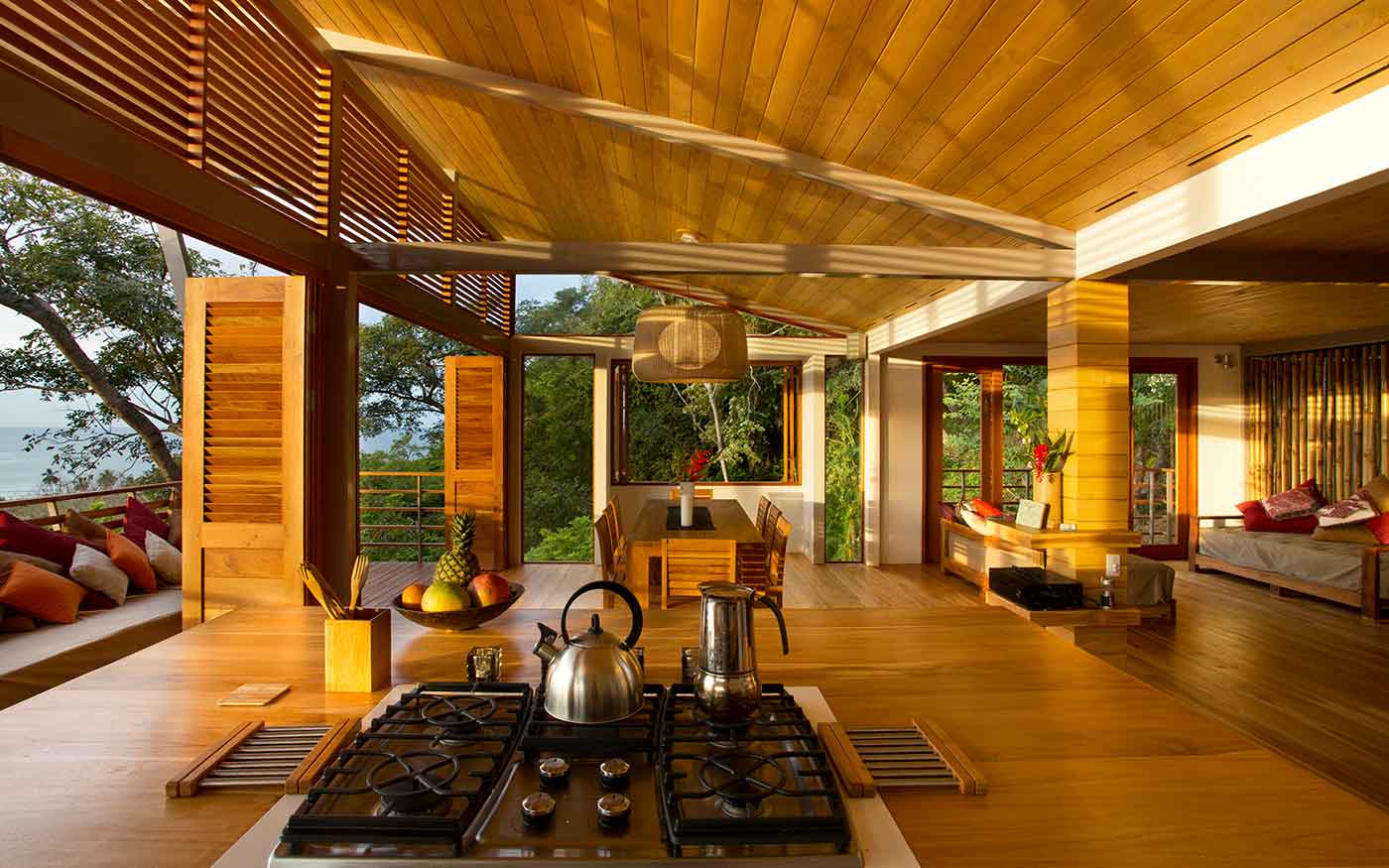 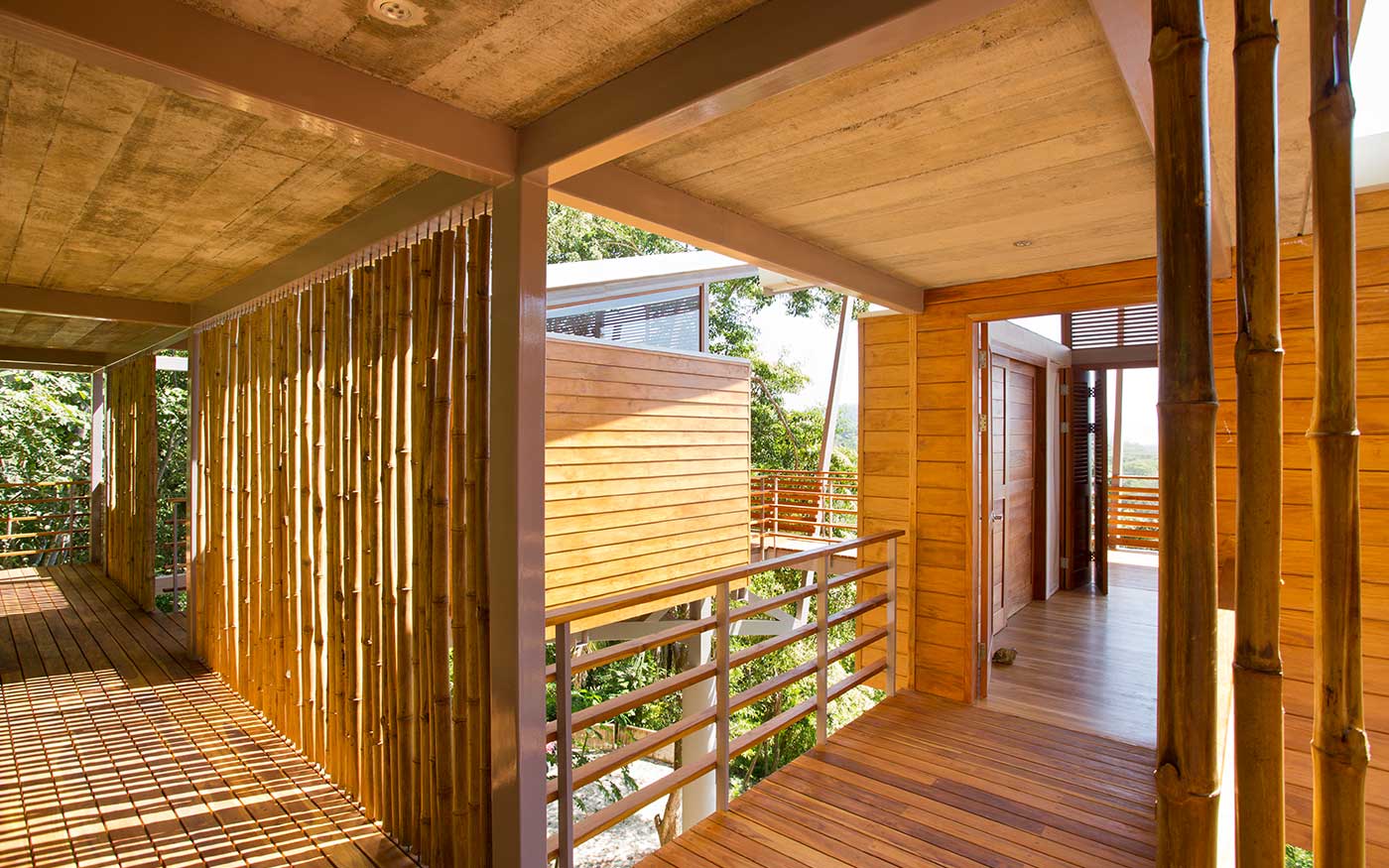 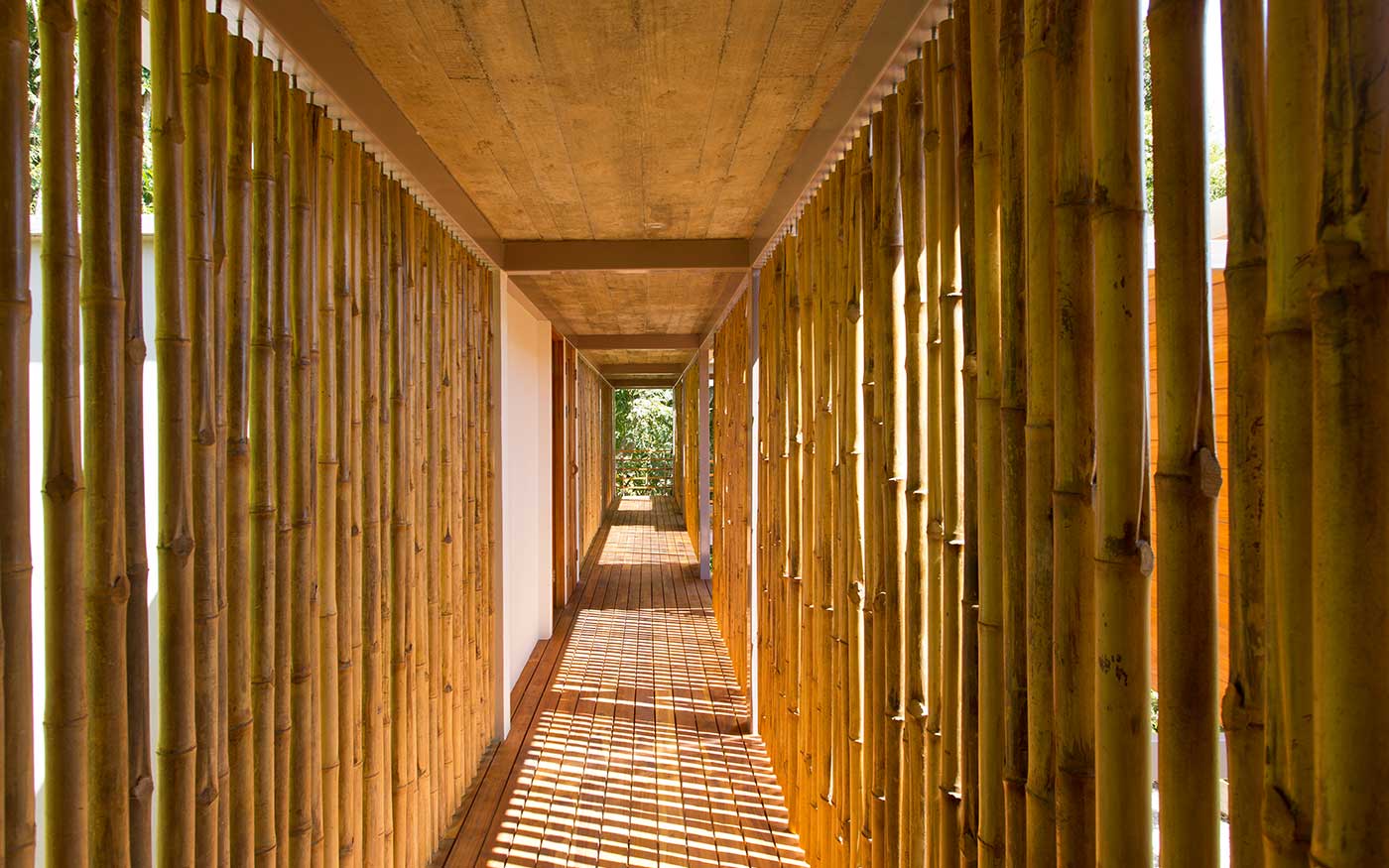 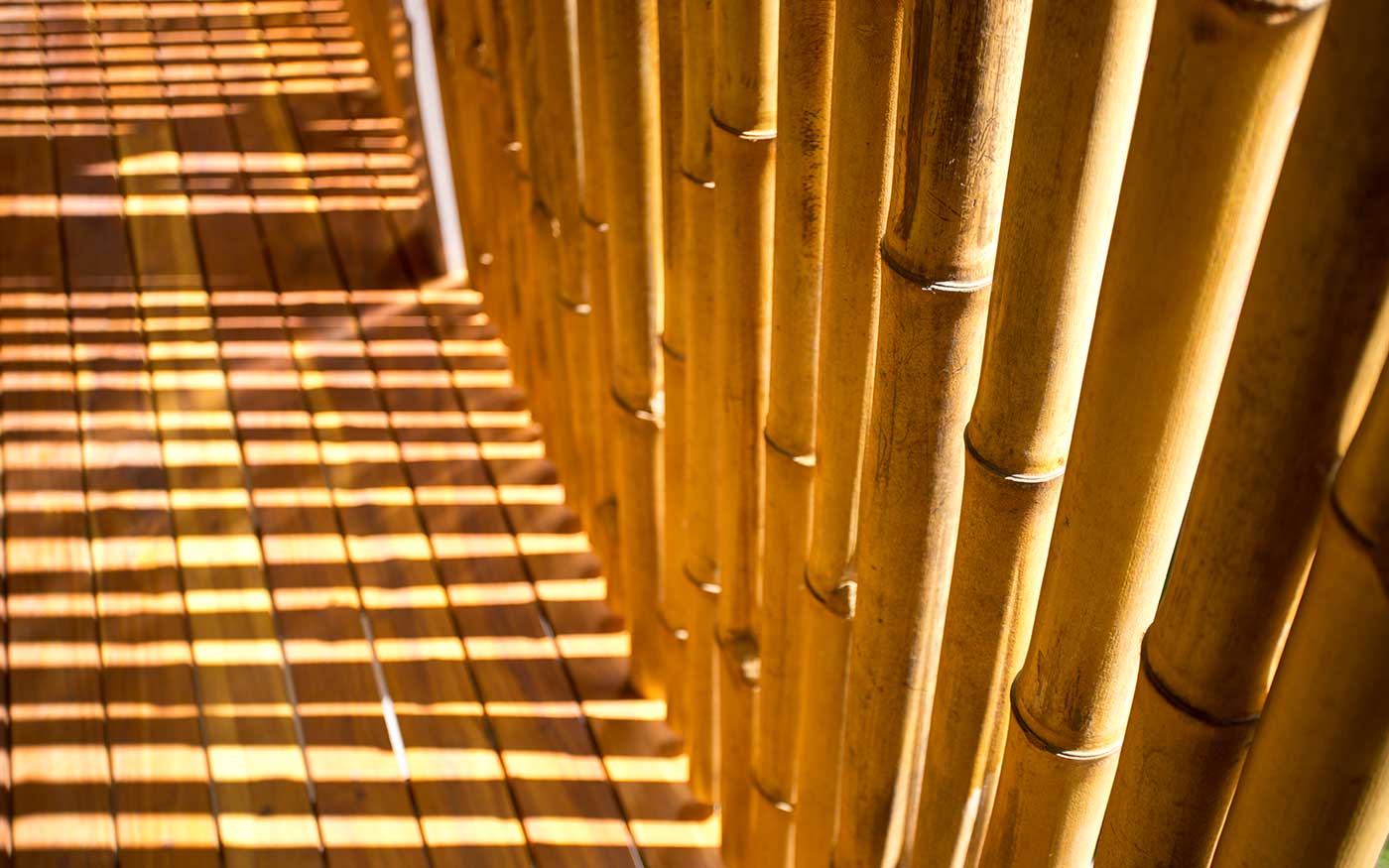 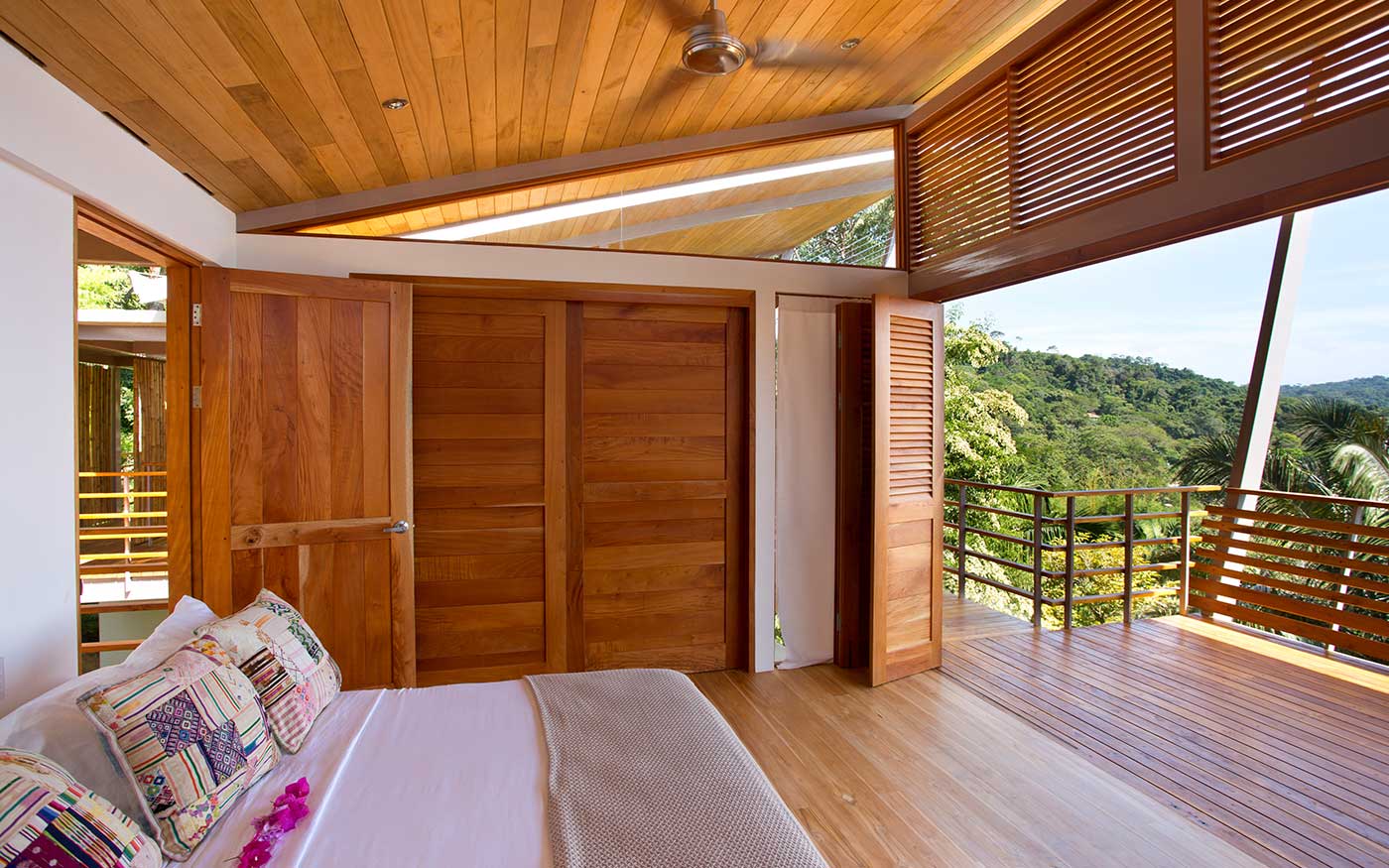 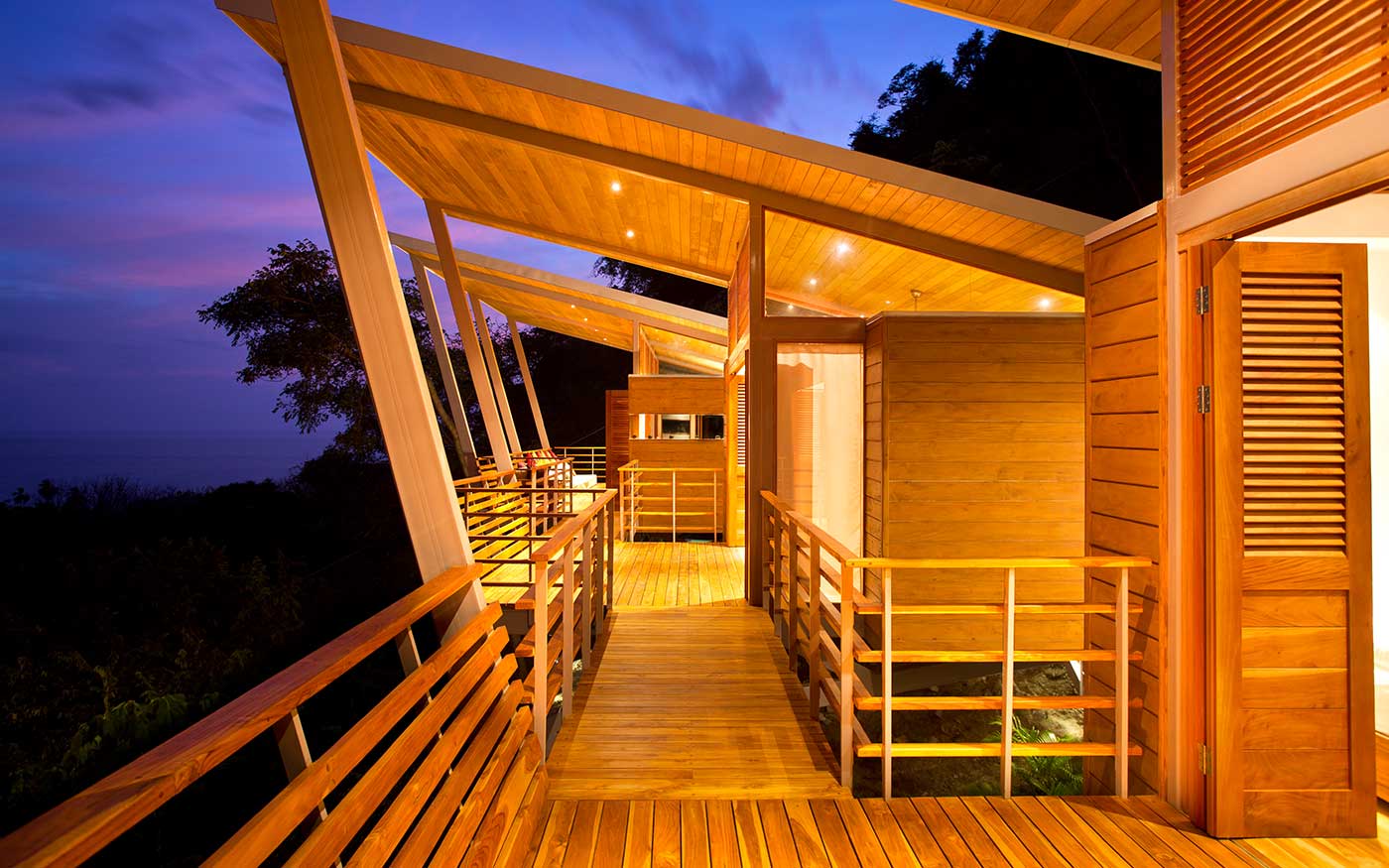 The Gooden-Nahome family wanted to create a home on the Pacific Coast of Costa Rica and they found an incredible site overlooking the ocean. The biggest challenge we encountered was that their plot of land was predominantly comprised of a very steep slope, and the view of the ocean could only be seen from the upper-mid portion of the site. We saw this as an opportunity rather than a constraint and immediately considered an architectural response that was appropriate for these site and ocean view conditions. This house is one of the most unique examples of sustainable tropical architecture in existence.

Originally, we explored possibilities of creating large retaining walls and cutting back the soil in order to place the house, a technique typically employed for nearby buildings. Ultimately, we decided to do the exact opposite and therefore allow the slope, the earth, the vegetation, water, and animals to flow underneath the house. 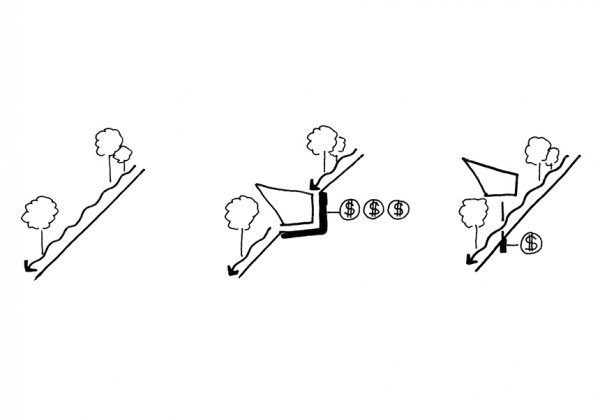 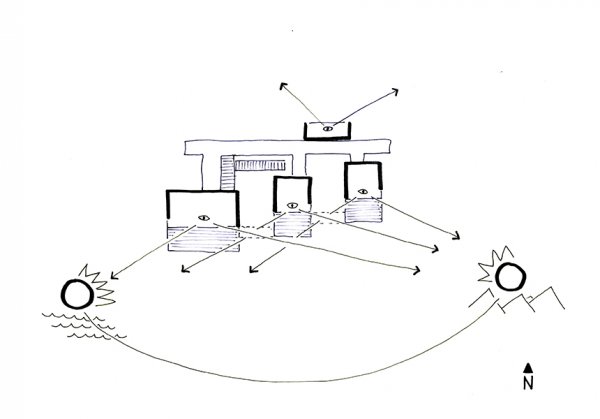 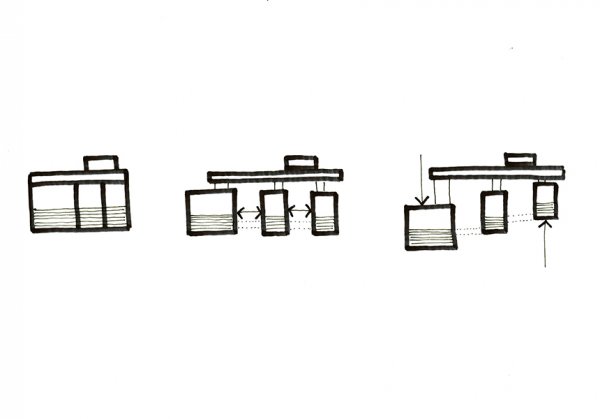 We essentially lifted the house up into the air on a series of “piloti” which gives the impression that the house is floating above the hillside. By doing this, we saved the immense cost of creating soil retention walls around the site. This common-sense solution allowed us to create a very delicate intervention, one that allows the terrain to breathe whilst providing spectacular views out towards the ocean from the key location on the site. The house was a designed in a modular way in order to allow for ease of construction, movement during heavy earthquakes, and to add, grow, and adapt more “units” through time. 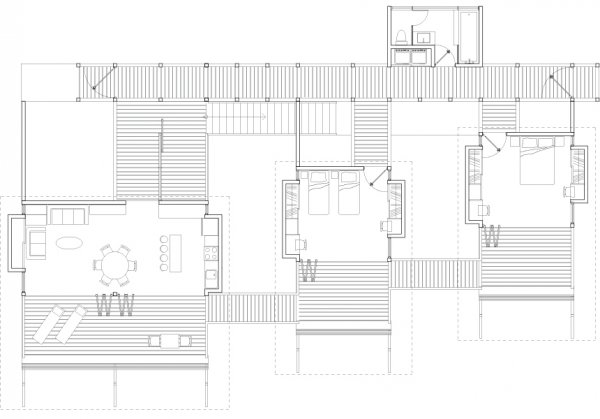 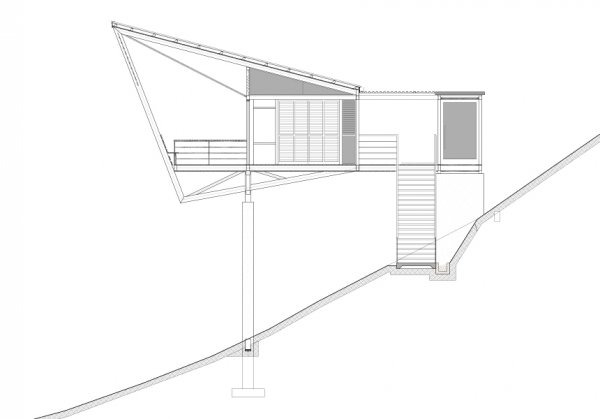 The property is located off a dirt road far away from any material depot. The entrance to the house is from underneath, thus we designed a series of poured in-situ posts where lightweight steel frames of identical dimension, that could be replicated easily and prefabricated at the bottom of the hill, could be brought up manually. The frames where then clad in local reforested teak wood in what could be considered a wonderful combination of prefabrication with local wood craftsmanship. 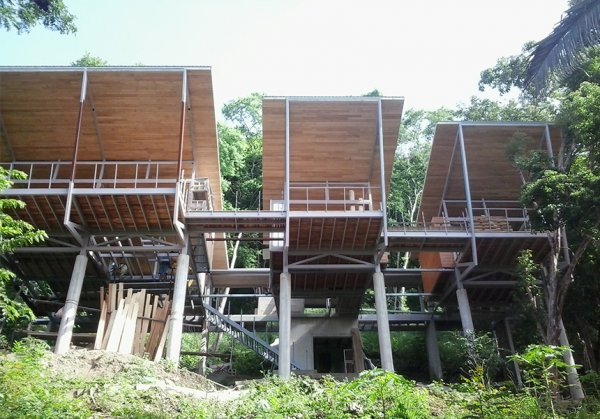 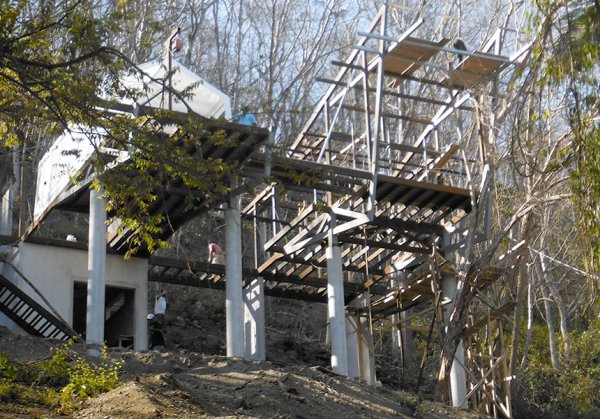