Close
< back to News

Architecture firm Studio Saxe has stepped a series of pavilion-like guest rooms down a slope facing the Pacific Ocean, creating a hotel in a Costa Rican beach town. Mint Santa Teresa is located in Santa Teresa – a small coastal town in Costa Rica’s Puntarenas Province that is a popular spot for surfers and yoga retreats. The hotel’s Swedish owners Jonas Thorrel and Johanna Johansson enlisted San José-based Studio Saxe for the project following the studio’s previous work in Costa Rica, including a house also in Santa Teresa and a yoga retreat, which are well-integrated with tropical foliage. Like with these earlier works, the studio designed the holiday complex to fit in with its surroundings. Four guest bedrooms are separated into individual volumes to step down the hilly site, resting on terraces made of stone. Gaps left between the suites leave space for trees to grow up through.

“Hotels traditionally became vast objects in the landscape that bear no relation to their surroundings and are devoid of genuine human interaction,” said studio founder Benjamin Garcia Saxe. 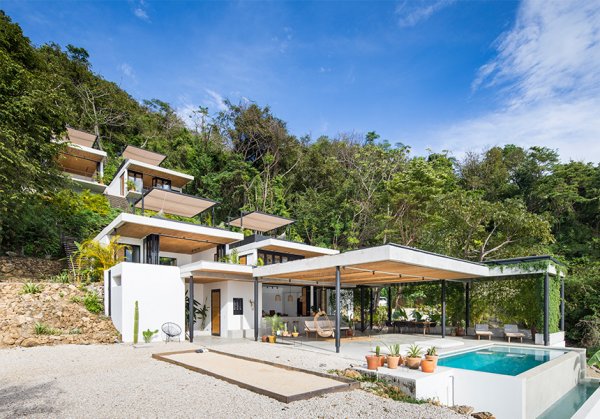 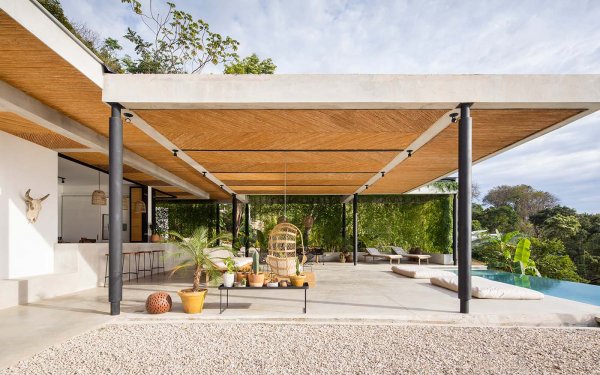