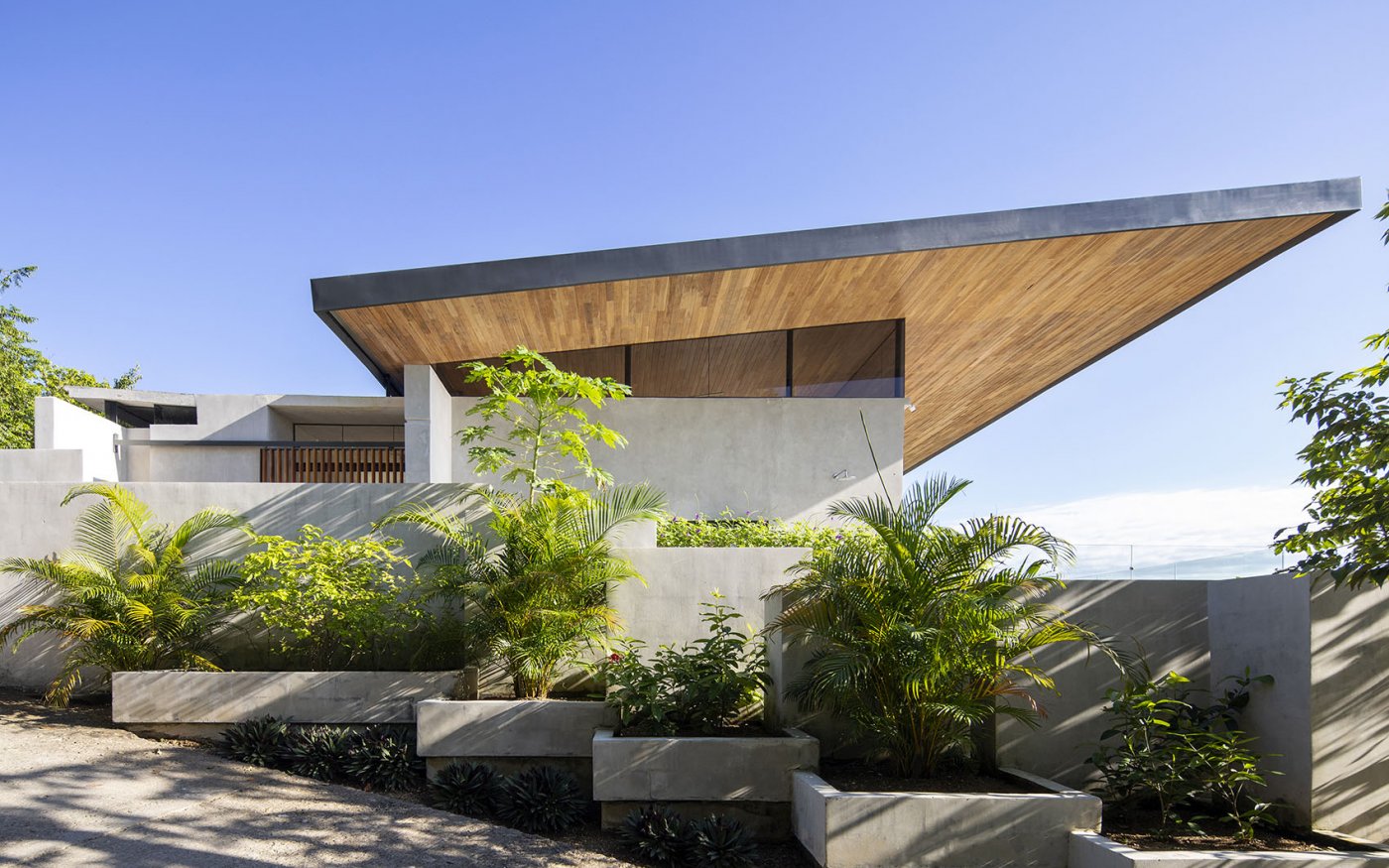 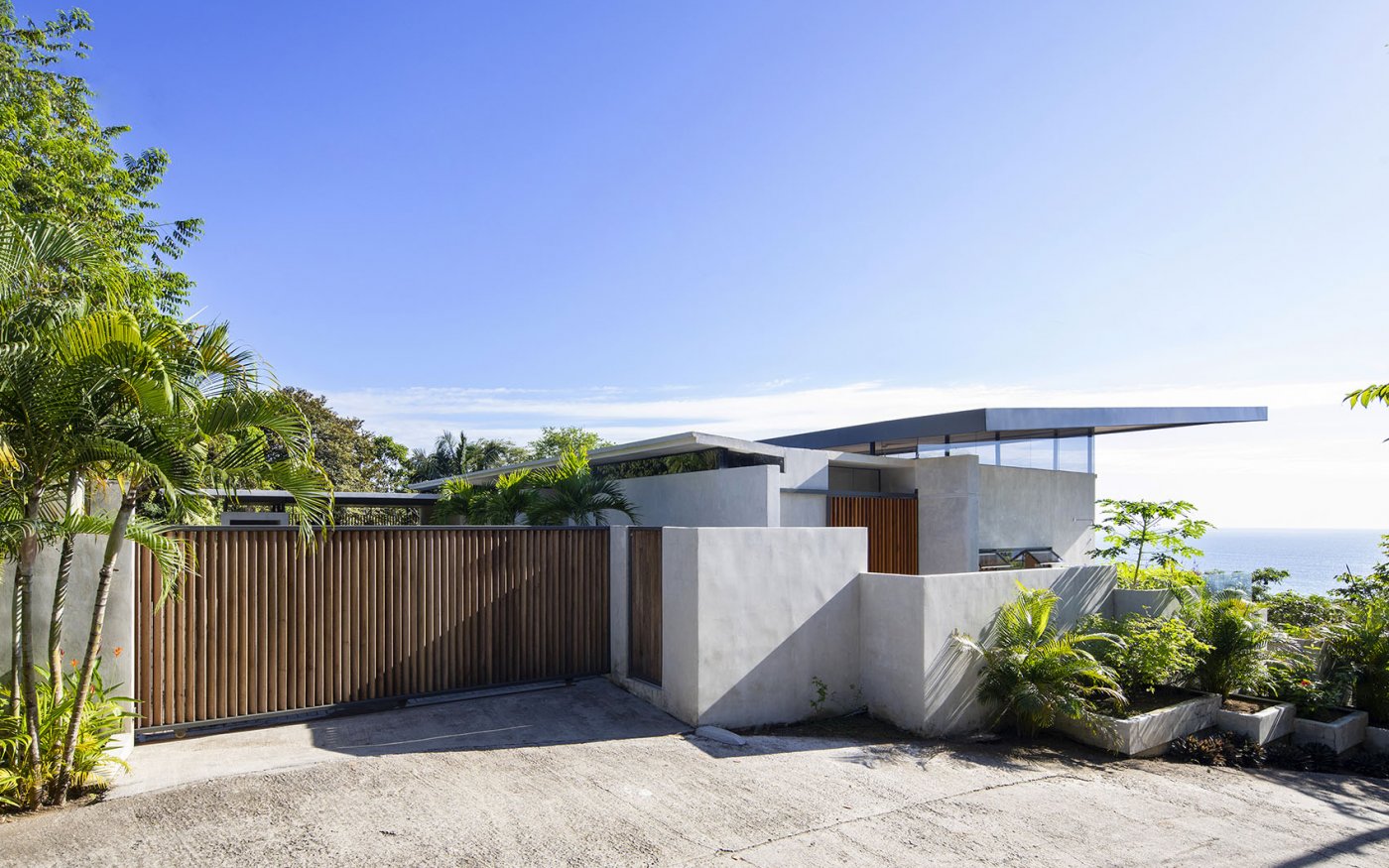 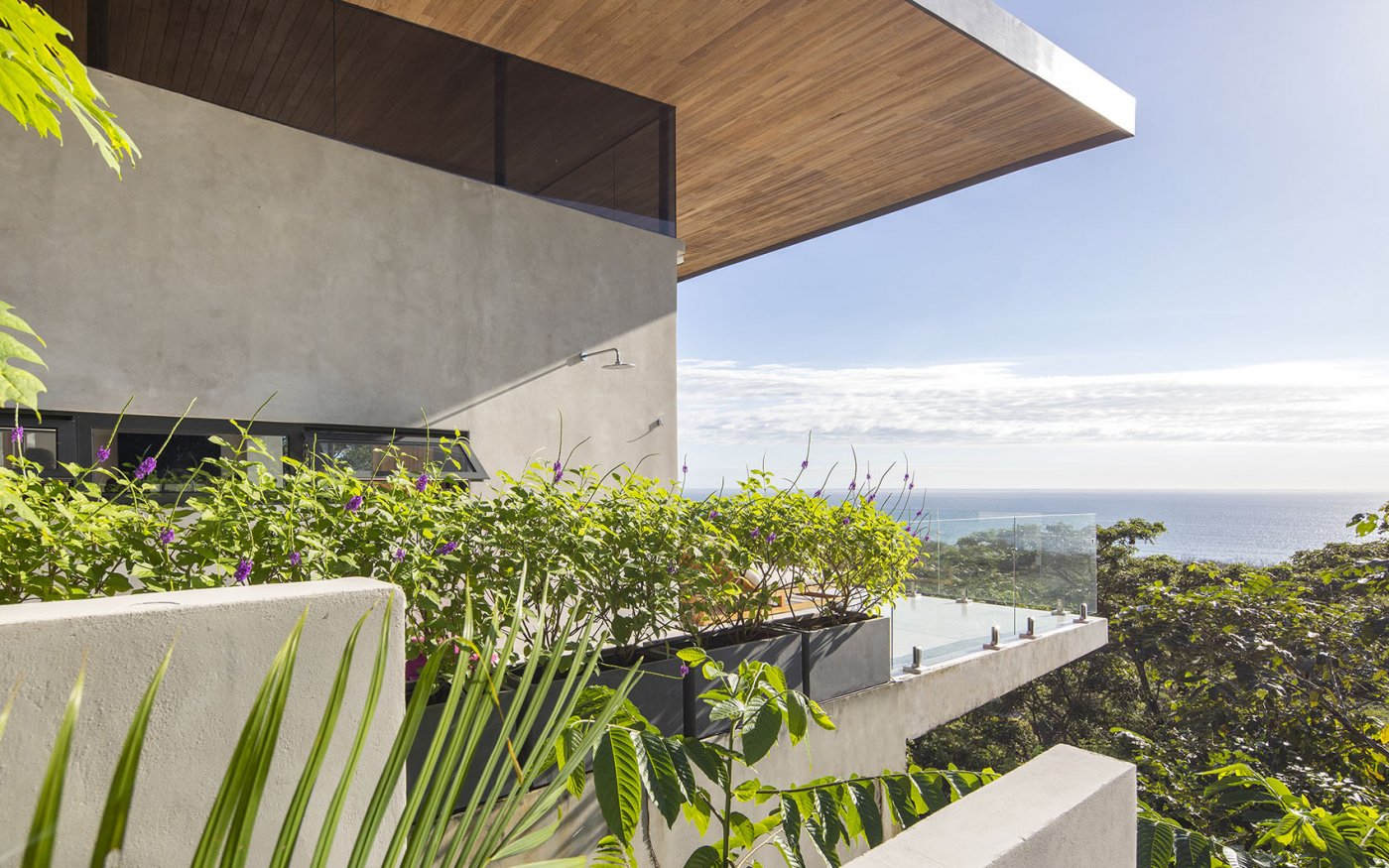 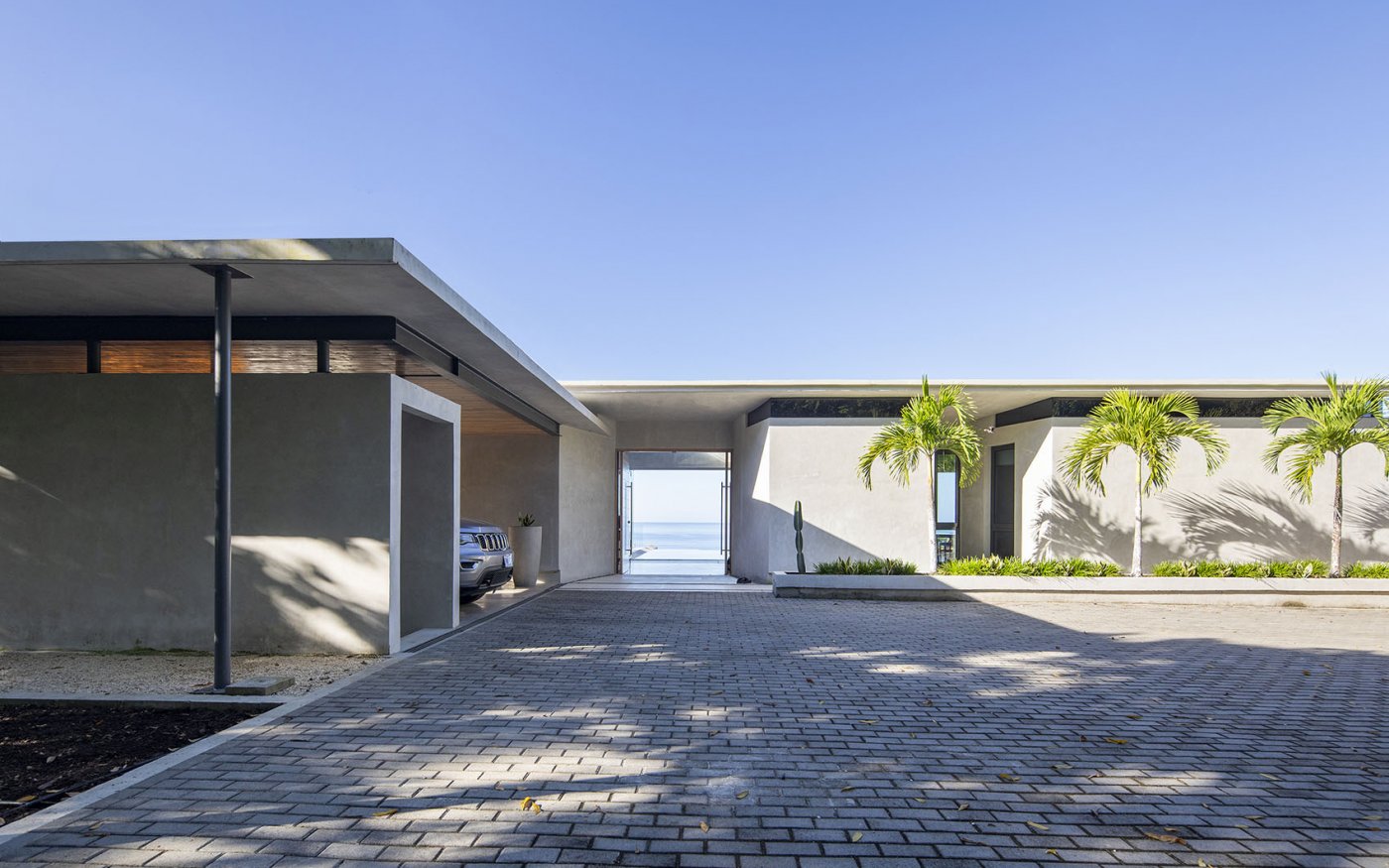 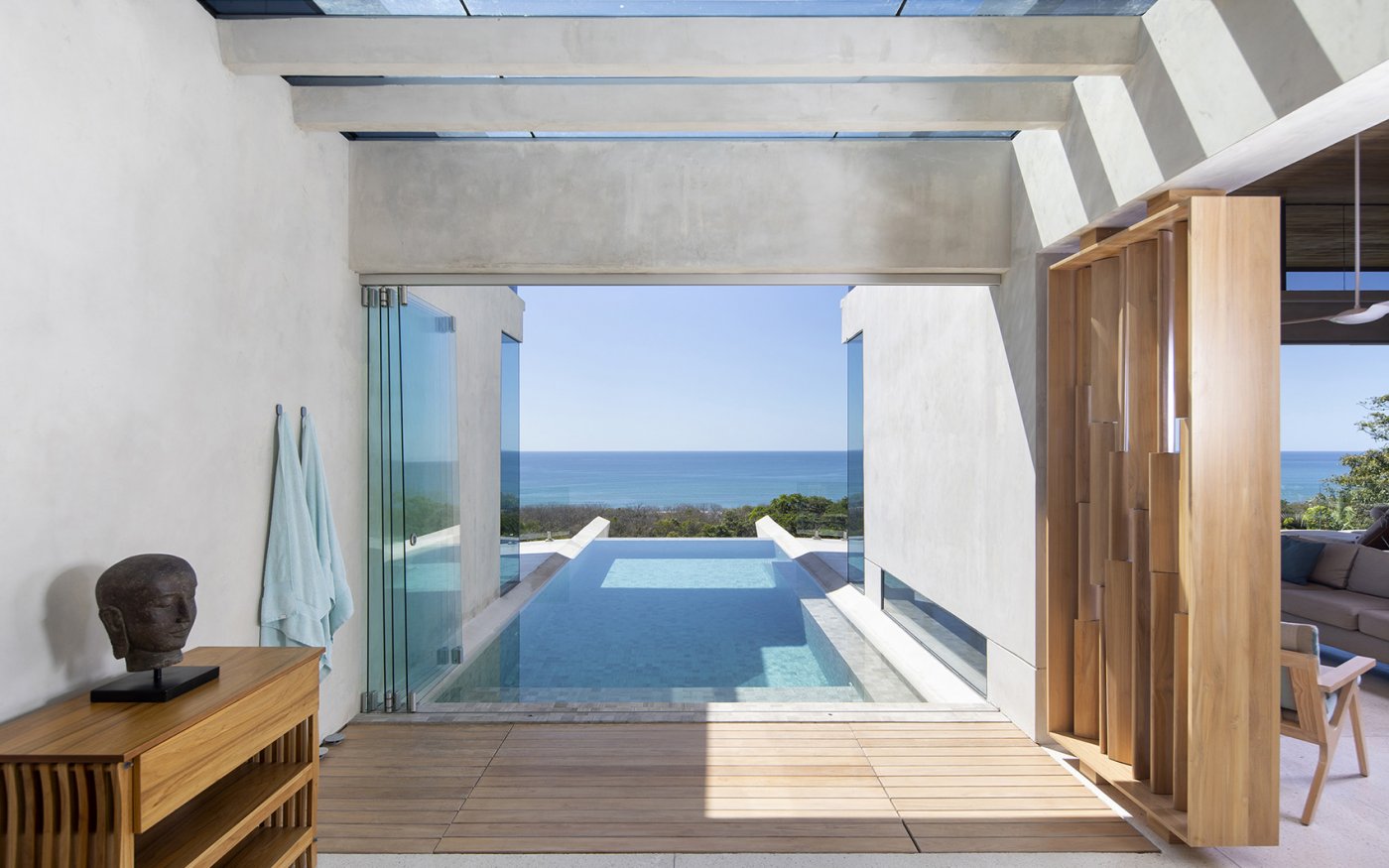 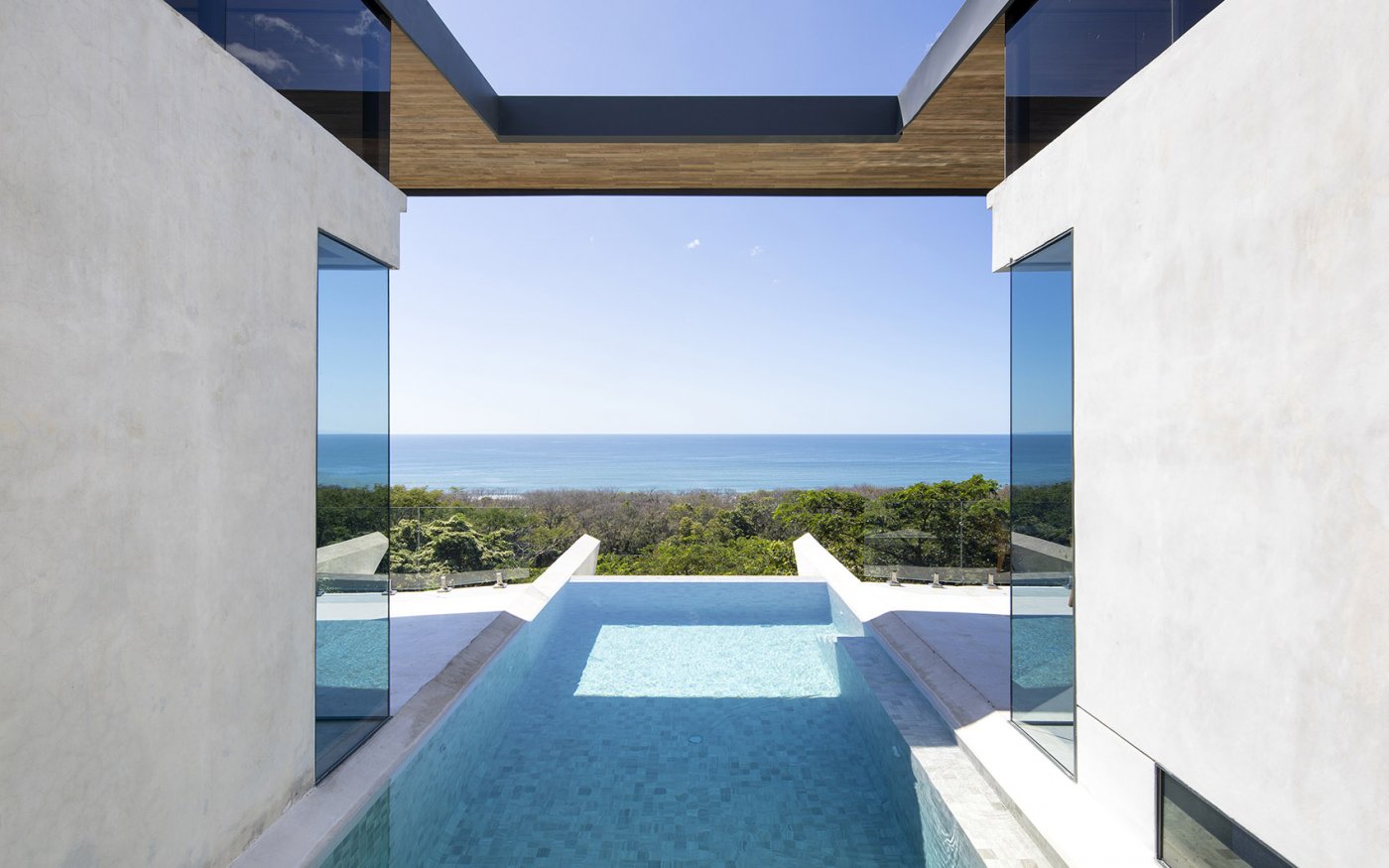 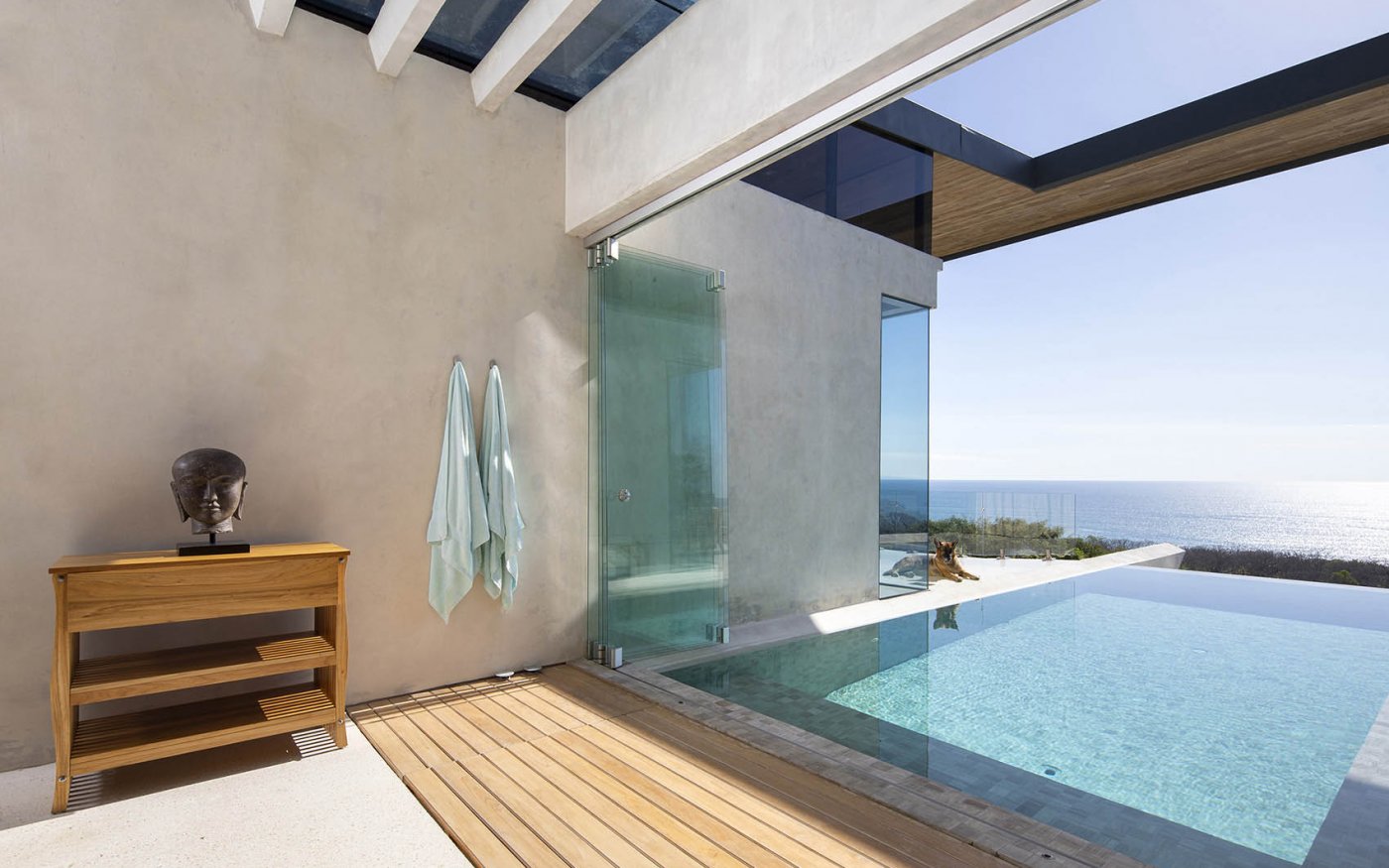 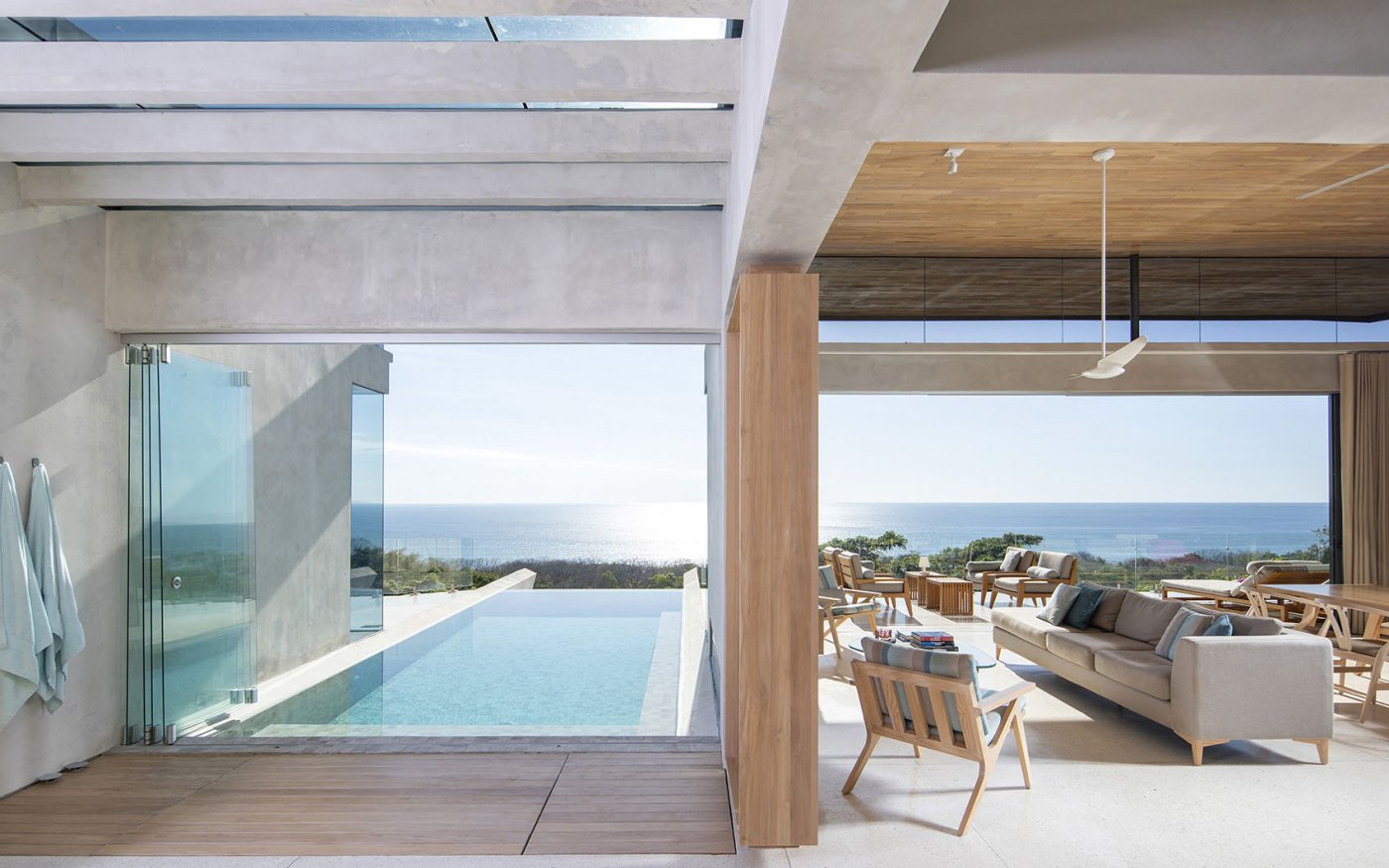 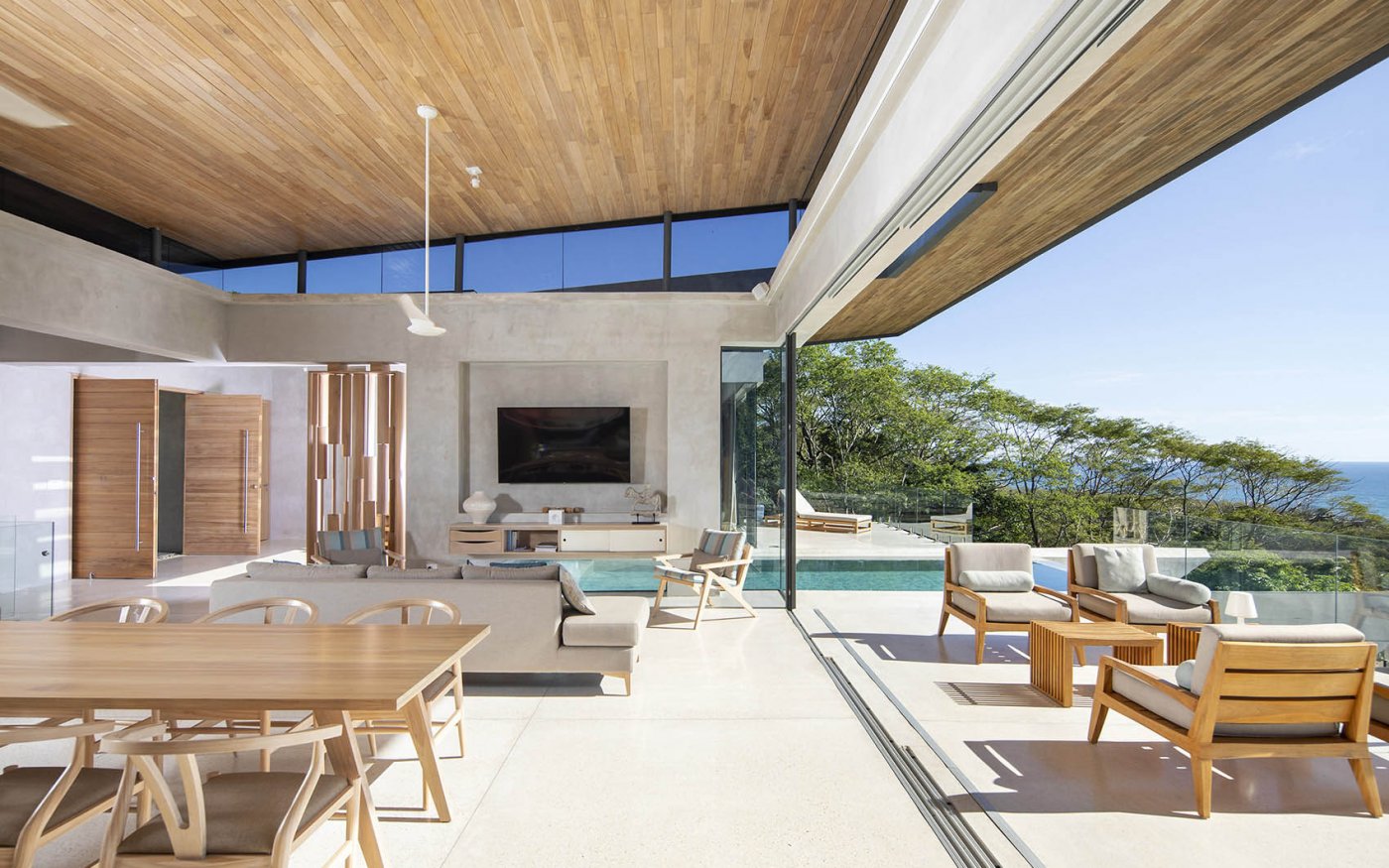 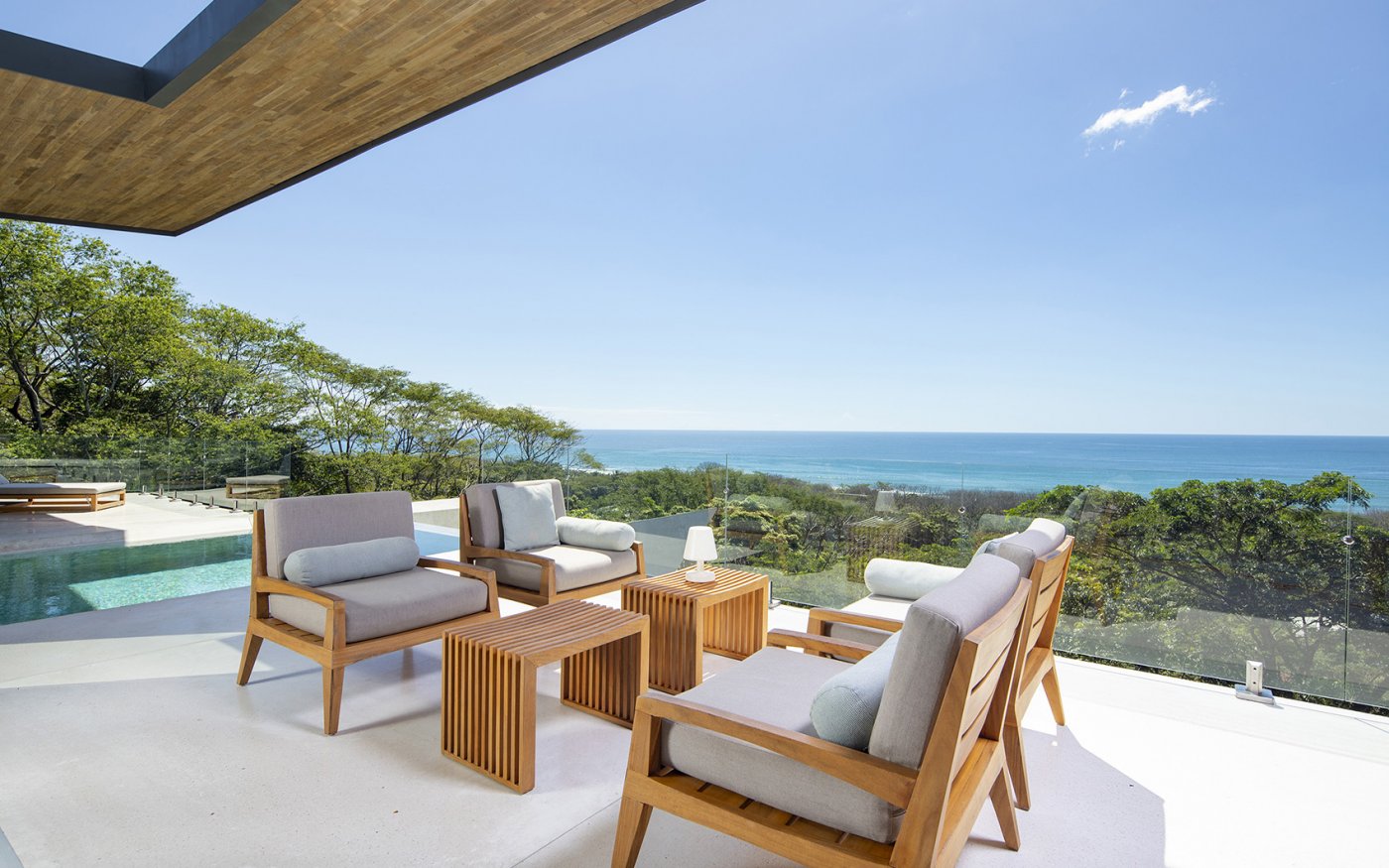 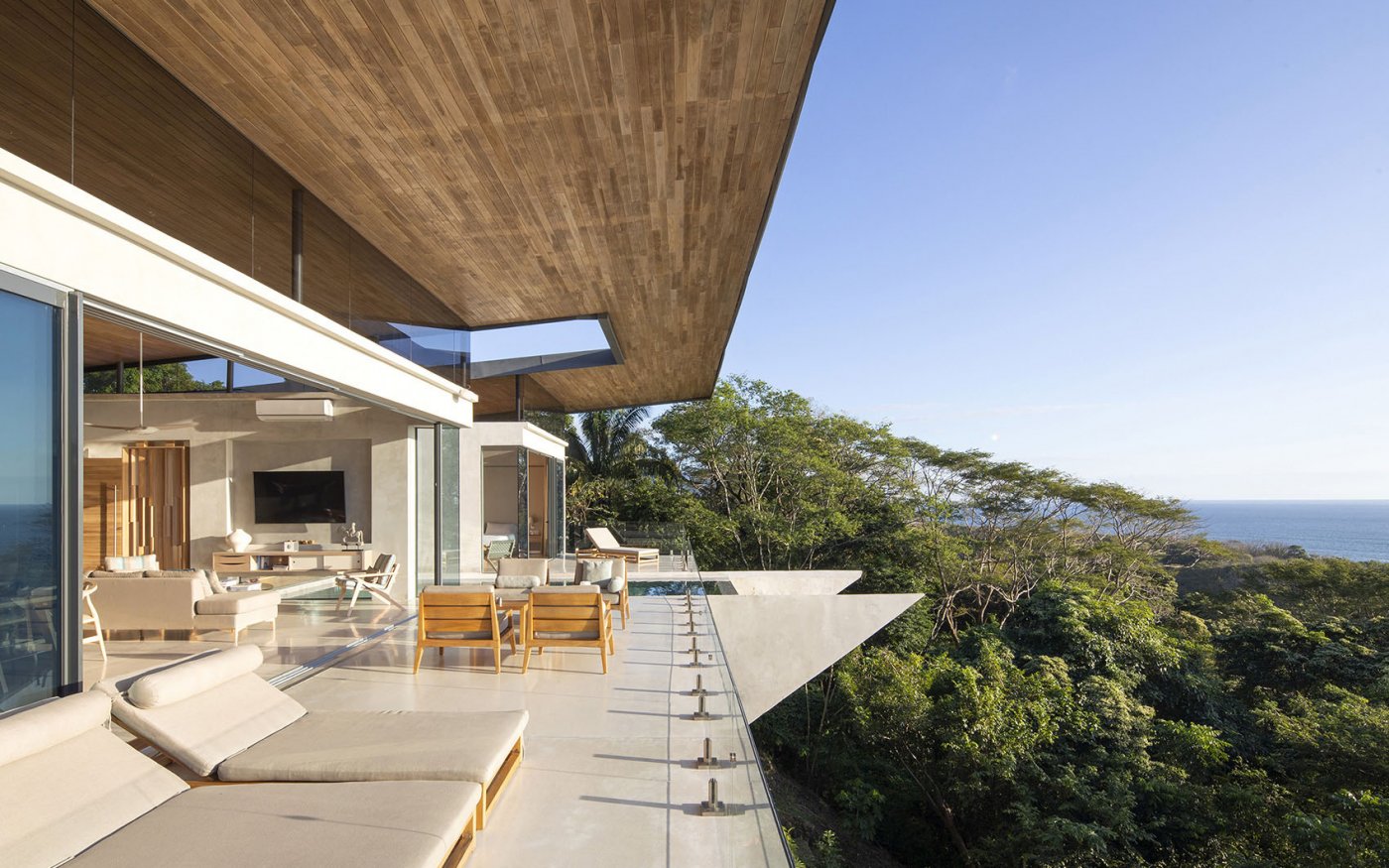 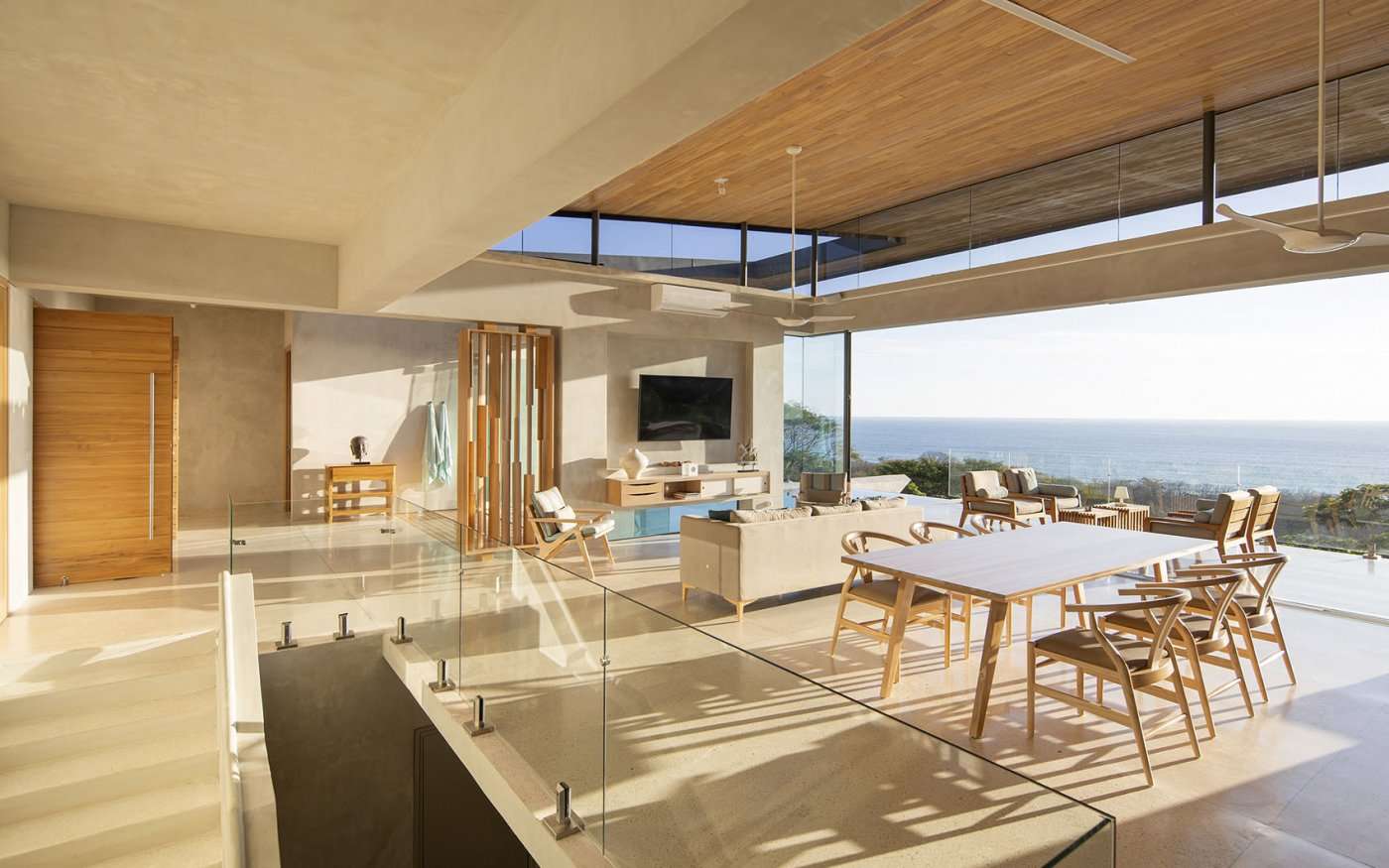 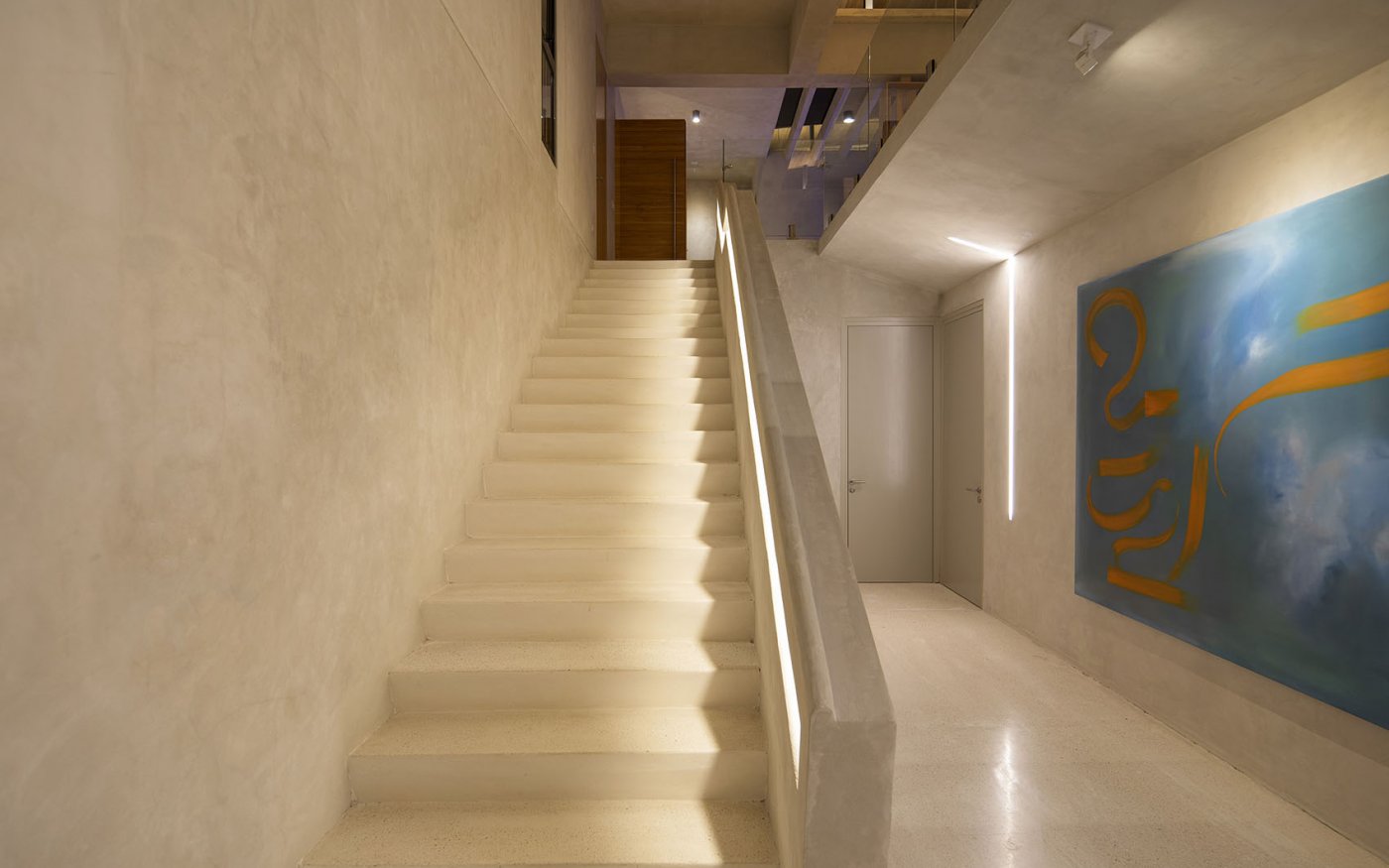 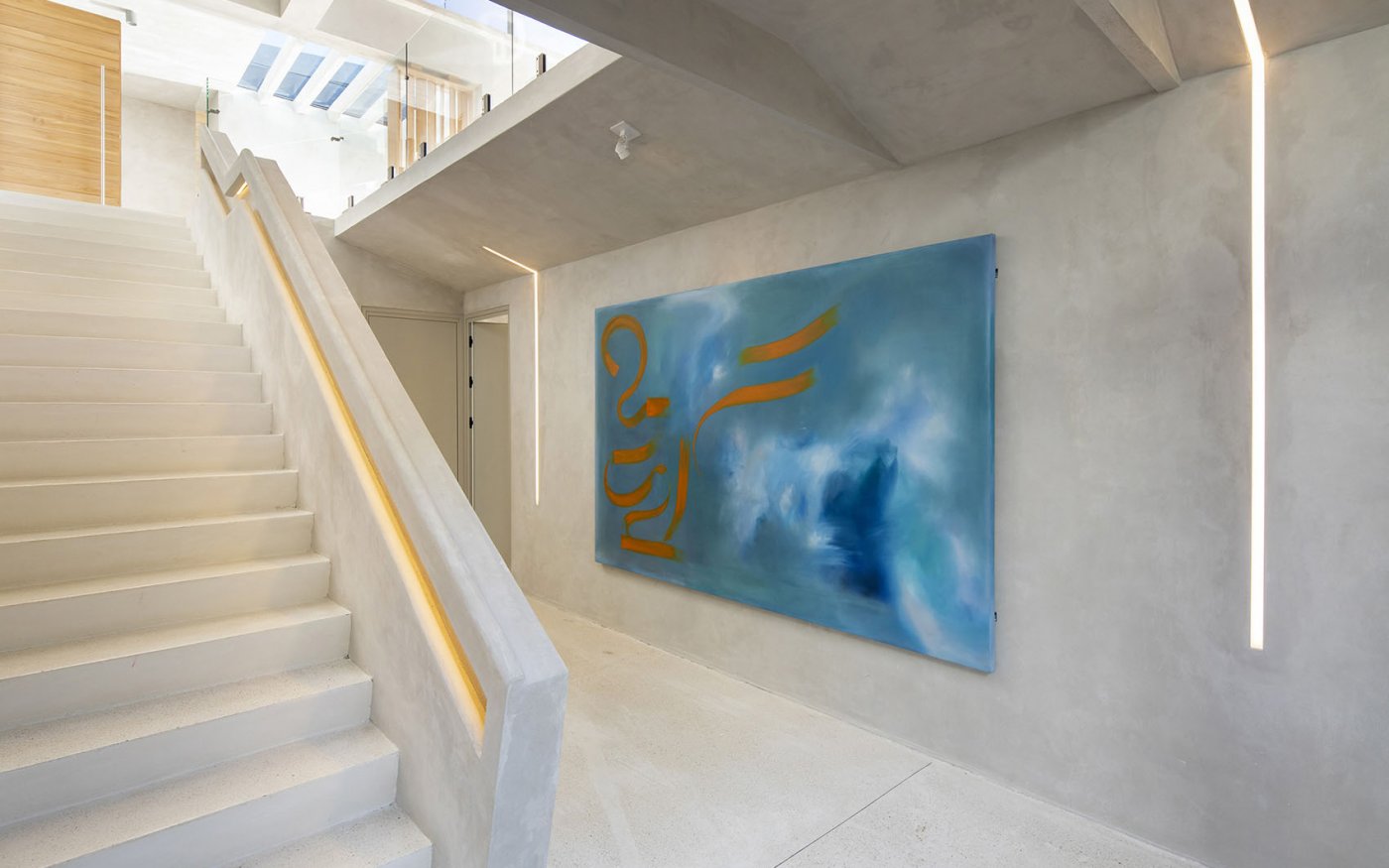 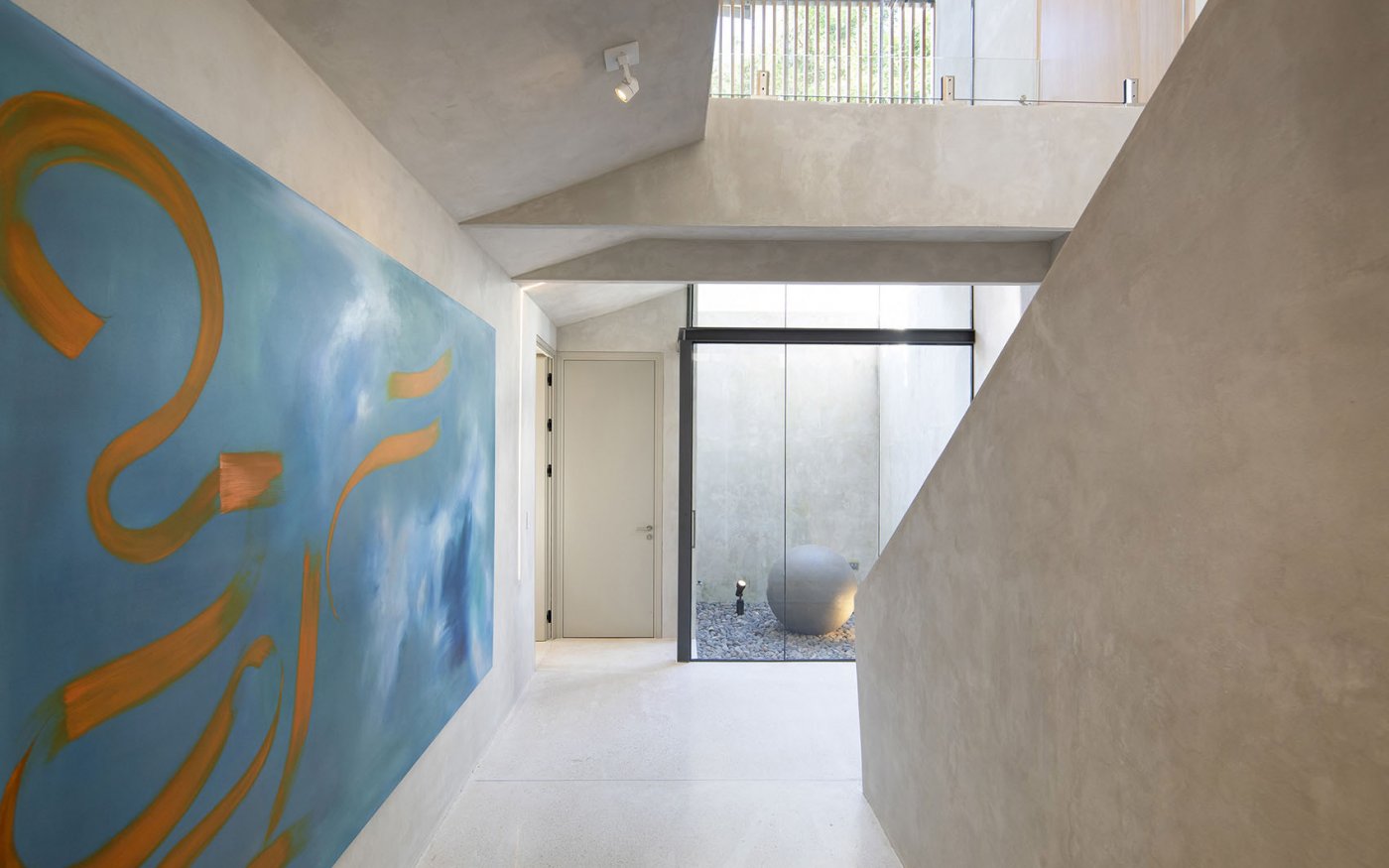 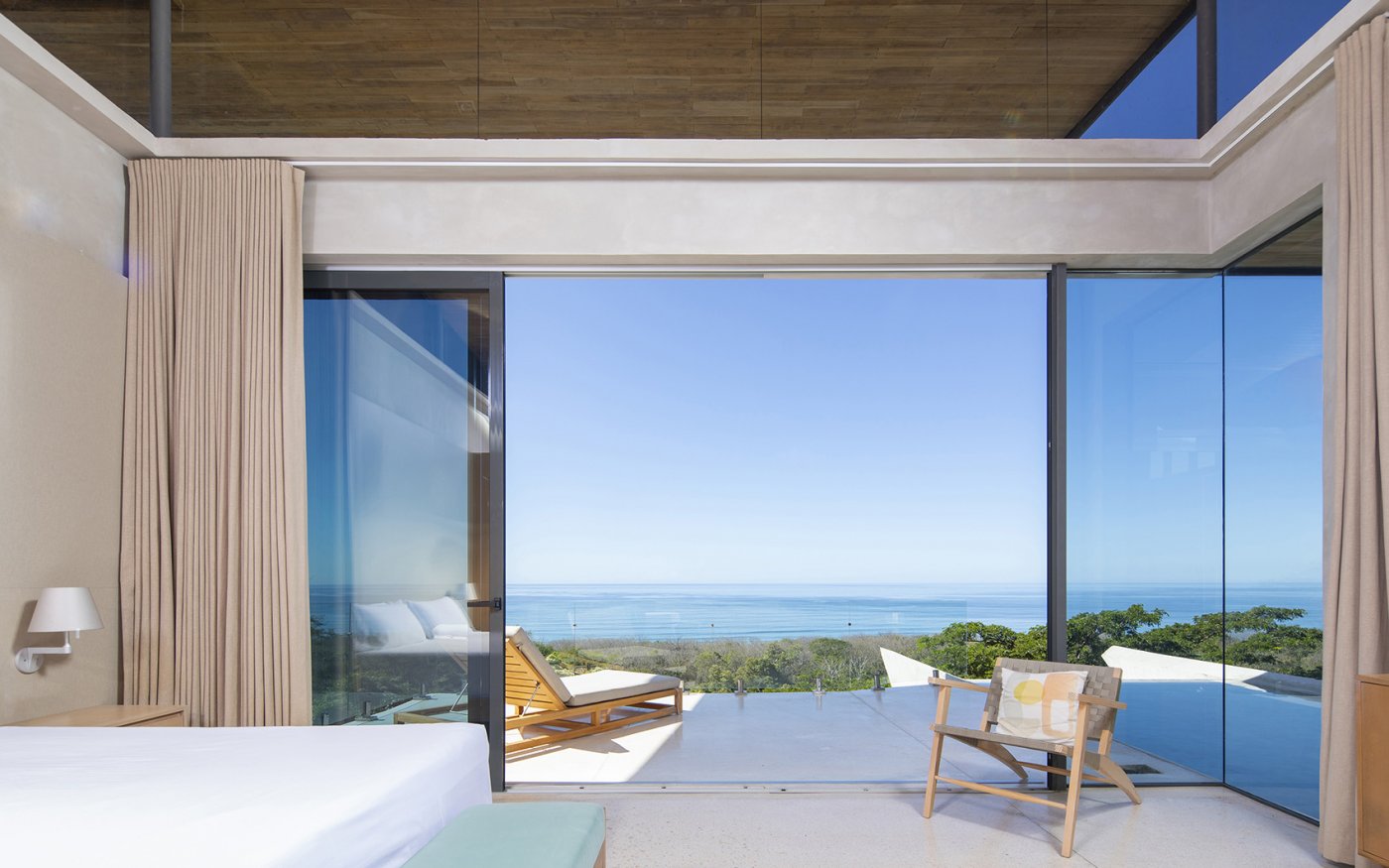 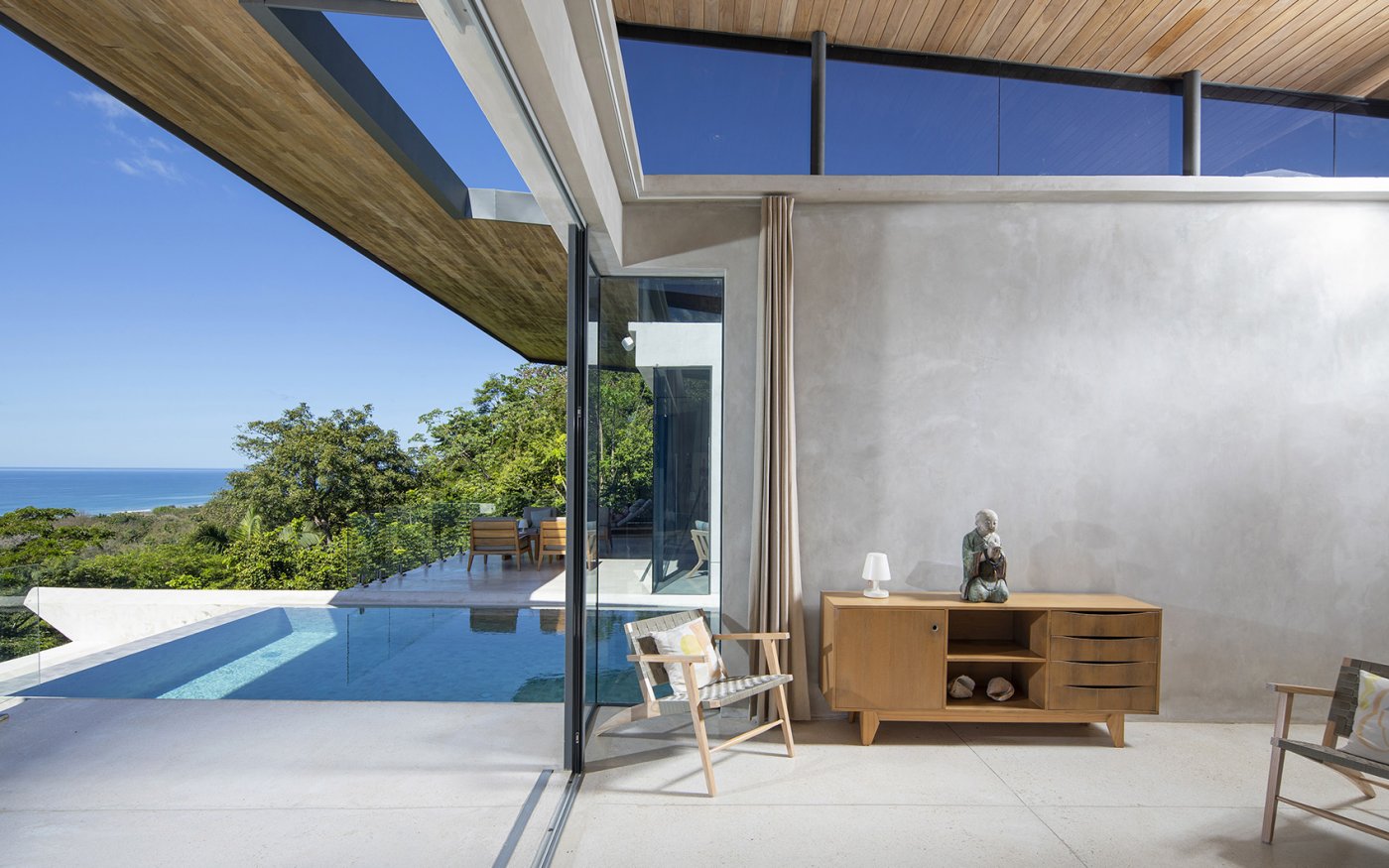 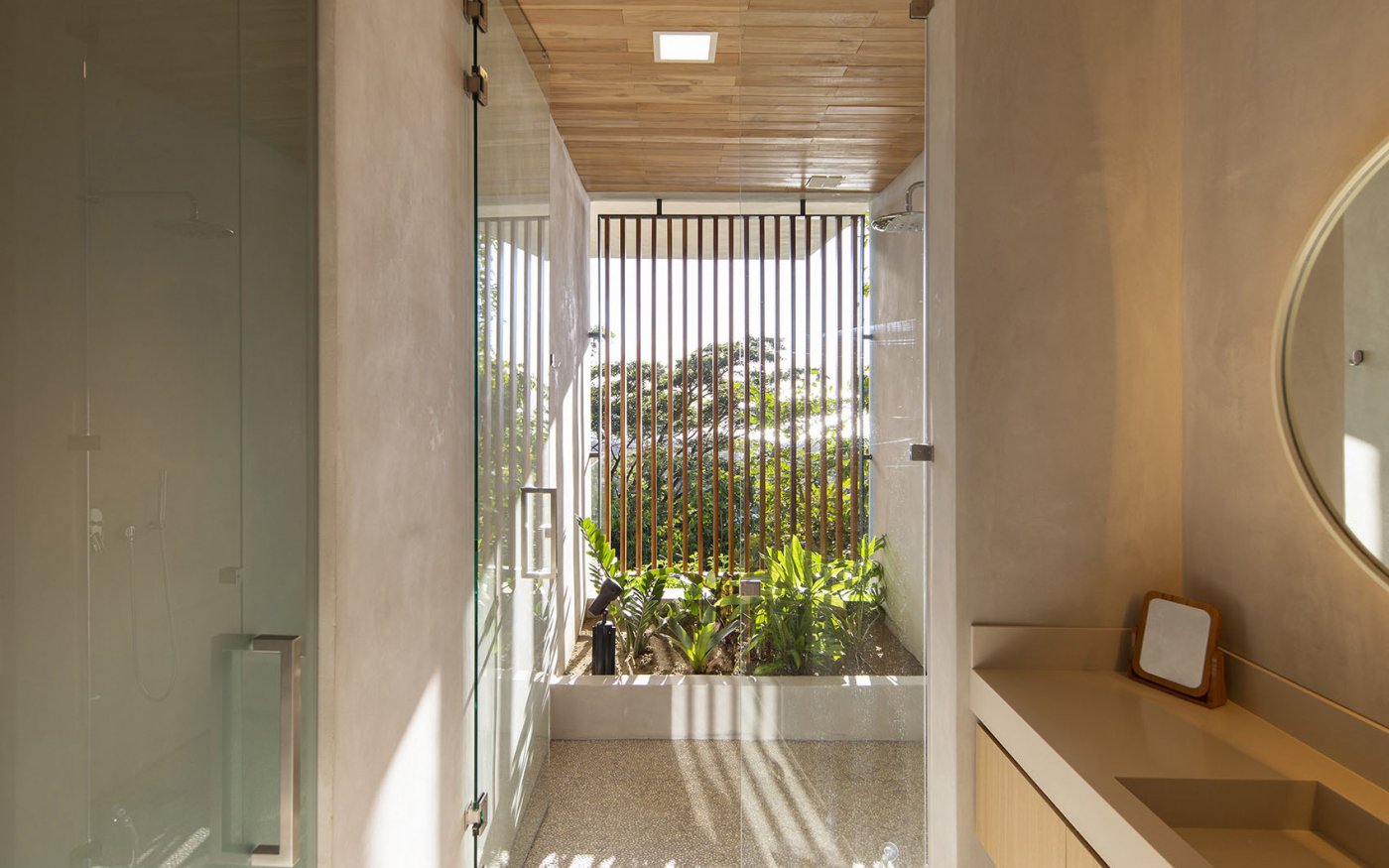 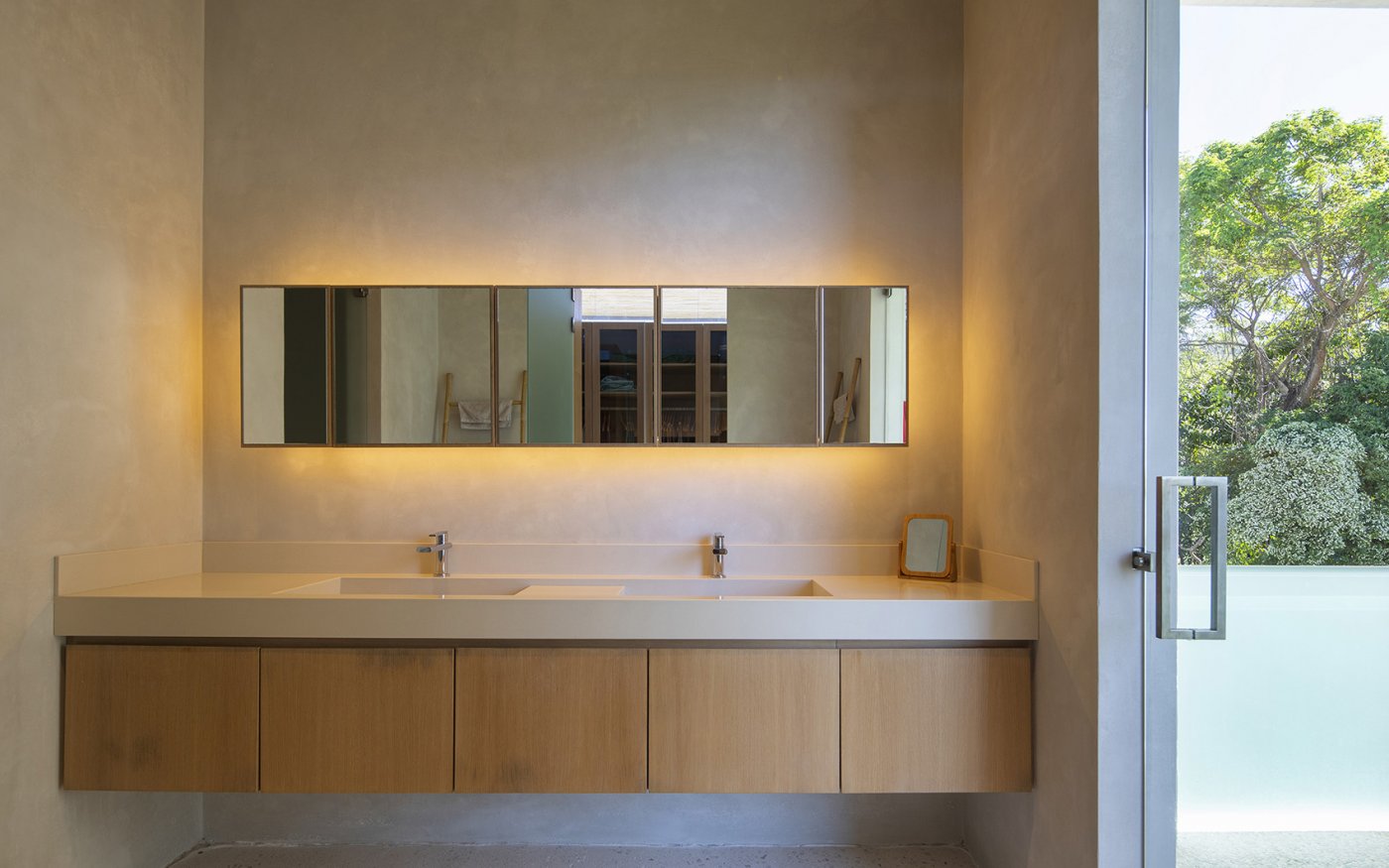 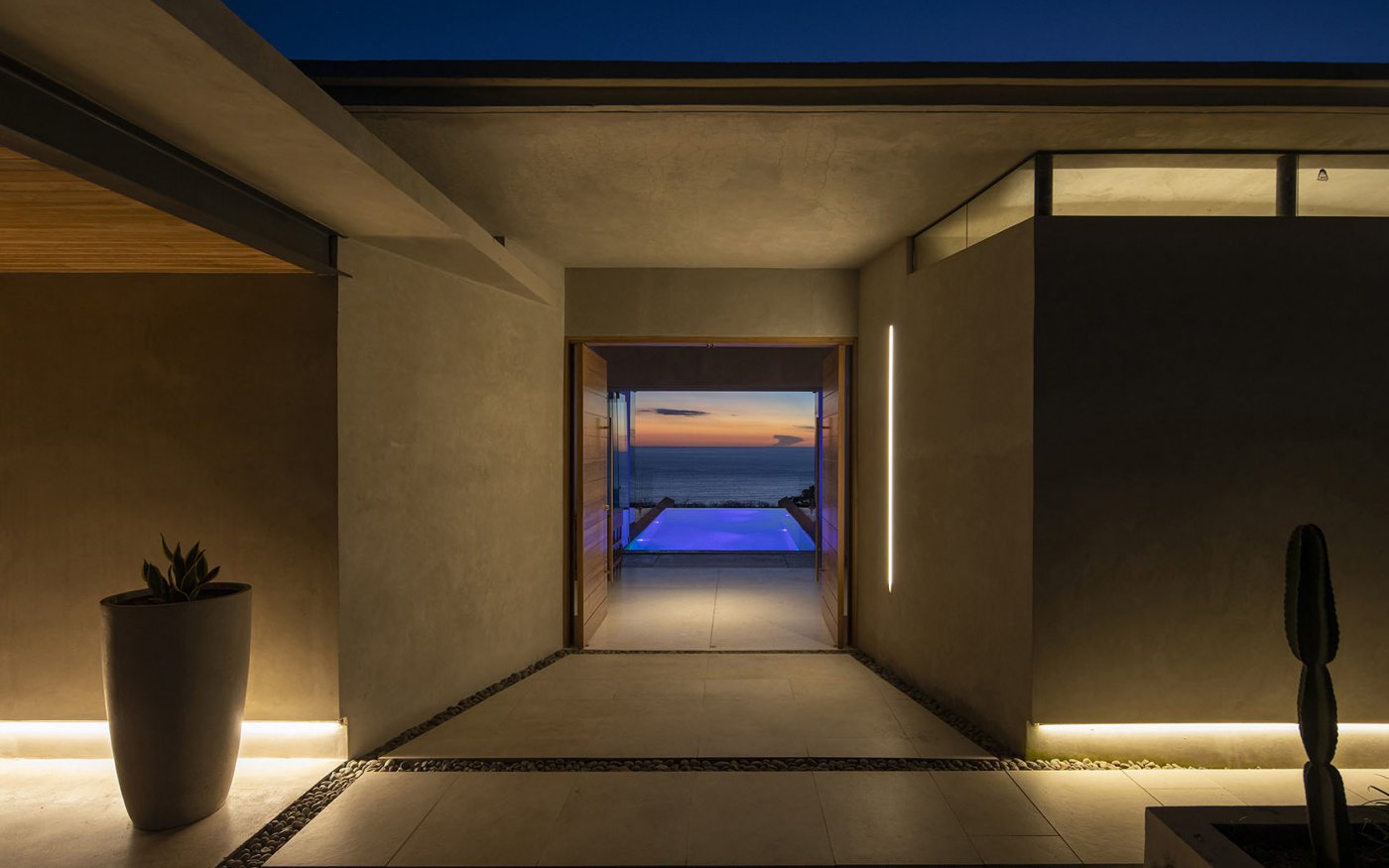 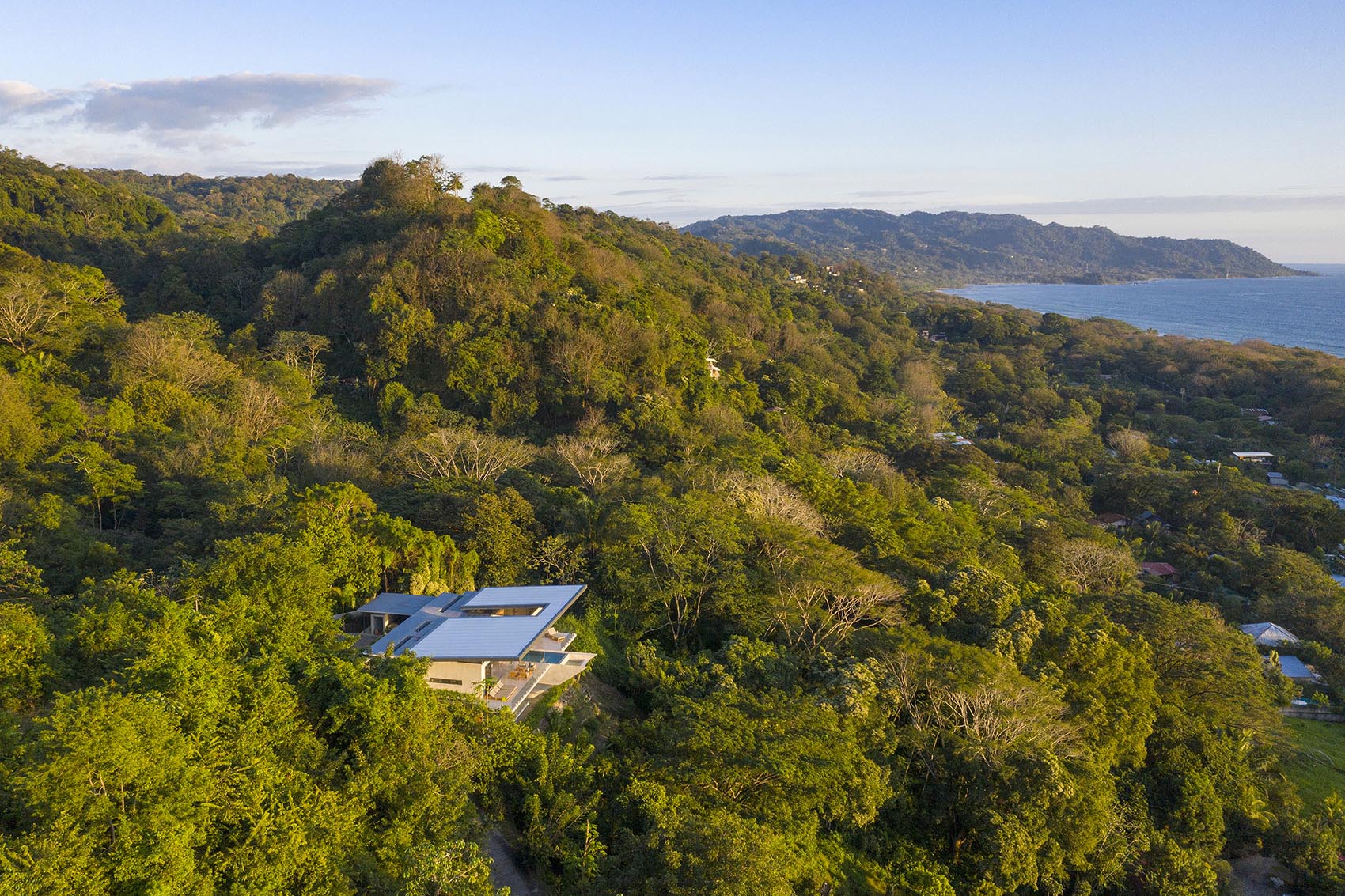 Studio Saxe was commissioned to design a home perched on the hilltops of the town of Santa Teresa in Costa Rica. Due to the extreme pitch of the terrain, we decided to sink the private areas of bedrooms into the ground and thus allow the main living area to have the best expansive views on top with floating terraces and a pool.

Benjamin G. Saxe founder and Design Director of Studio Saxe explains: “This project is a testament of how concrete can be used in Tropical Architecture to achieve low maintenance and longevity without losing openness and deep connections to nature beyond.”

In order to adapt to the topographic conditions, Studio Saxe decided to “push” the house into the ground thus creating the illusion of a one-story house from the street and only revealing its true size once inside. A series of concrete walls shield the house and disguise what will later become a powerful choreographed entrance reveal of the pool and ocean beyond.

By keeping the public living spaces above and the more intimate bedrooms below, Studio Saxe used the innate characteristics provided by the site to determine the use of spaces. Every space that touches the ground is more solid and enclosed, and in contrast, every space above ground is open and ephemeral. A long overarching roofline protects the house and frames a feature entrance pool that cantilevers over the jungle.

As we develop the language of architecture at Studio Saxe, we understand that the impact of construction methods and materials is a big factor in the maintenance and longevity of a building in the tropics. This house sets a new direction where a modern long-lasting material like concrete can be profusely used throughout without losing basic bioclimatic principles of tropical design such as long roof eaves, cross ventilation, water collection, and many more. 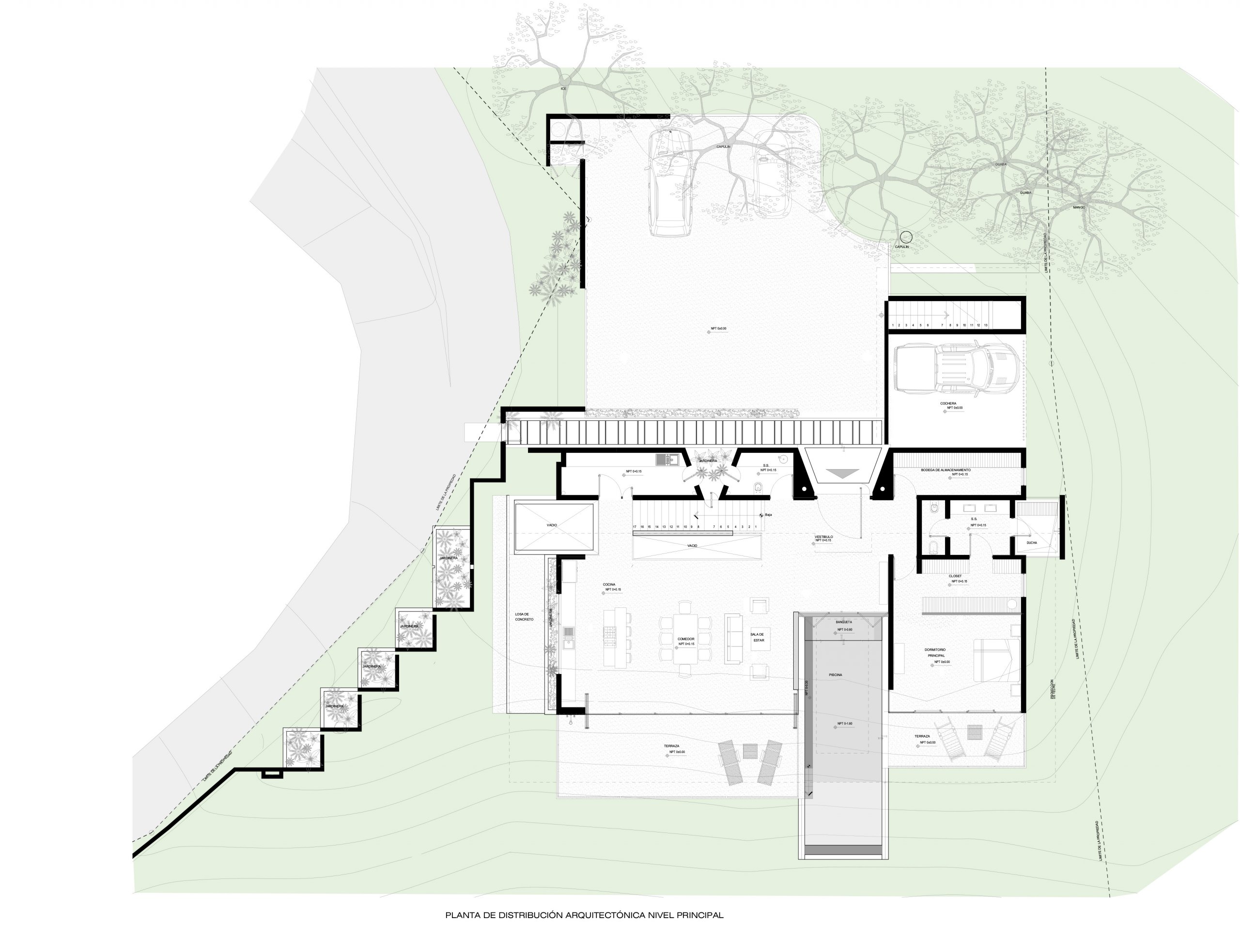 The clients of this home were clear from the beginning that they wanted most of the home to be built in concrete for longevity, less maintenance, and thermal mass during the hot months of the year. The challenge was to also create open spaces in the living areas with long-span concrete beans and a light roof that allows for cross ventilation during the rainy and humid months of the year. The result is a series of retaining walls below that house private spaces and beams and columns above that open to the majestic ocean view. 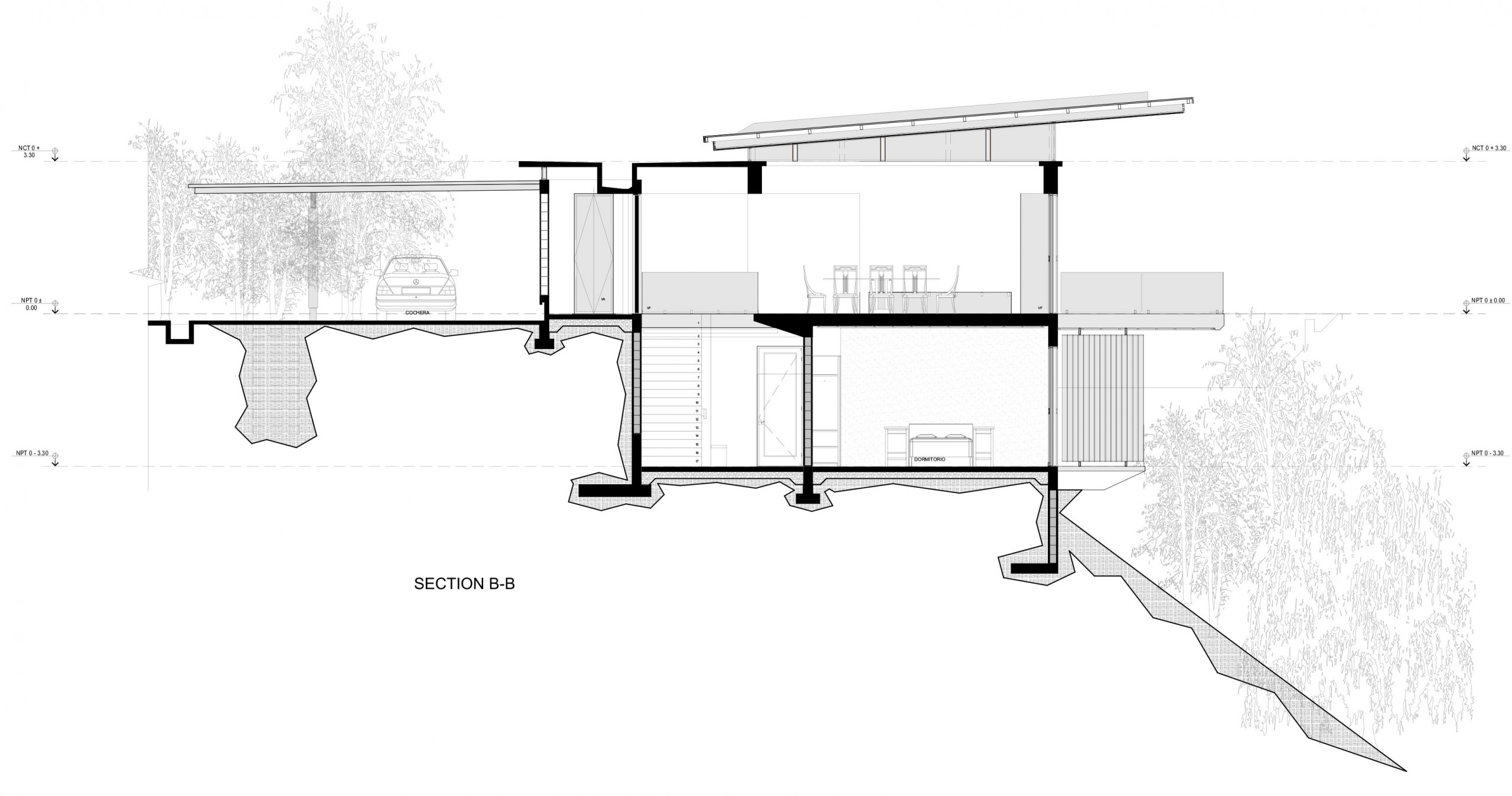