Close
< back to awards

The house sits within the Costa Rican rainforest and is designed to give the occupier, who is the architect’s mother, a direct view of the moon whilst she is going to sleep. At night, the cone-like surface of the bamboo house opens up so she can to view the moon. The presentation of the WAF Awards are taking place during the biggest global a celebration of architecture – the World Architecture Festival, which is being held at the Centre Convencions International Barcelona (CCIB) this week.

It was chosen by some of the world’s most distinguished architects and renowned industry experts, beating off competition from a shortlist of 15 entries. The jury immediately sensed that this project was a potential winner, and was left in no doubt after the architect’s presentation. The judges said: “The architect addressed the practical and emotional needs of his mother’s security by creating a home for her to occupy alone, while also satisfying his inventive curiosity with a new form of bamboo Moucharabieh screen that responds to movement and light. In his narrative, there was sincerity in how the character and needs of the client related to the final architectural outcome.”

“World Architecture Festival brings international architecture to the forefront, against the backdrop of Barcelona’s breathtaking architecture. Yet again we received a huge response to the fiercely contested WAF Awards, with over 500 entries from 61 different countries. The geographical range and quality of this year’s designs were exceptionally high, with many entries from “new” economies, both by local architects and international practices. Our congratulations go to the winners for a project that is truly exceptional.”

This is the 3rd year the World Architecture Festival Awards have been presented. 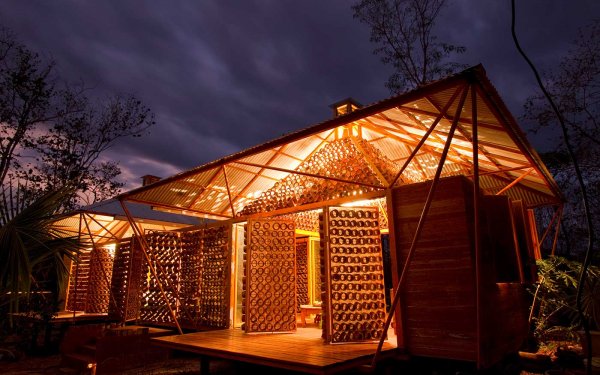